This is the first time she has left the house without someone physically attached to her for over a year. She has laid her plans with pinpoint precision, waiting until the very last moment to breastfeed her daughter before handing over to her husband and sprinting out of the door. The countdown to when she slowly balloons with milk again has already begun.

The sun has barely risen, but the car has already taken on that fake-leather stink that manifests when the weather is warm. She rolls down the window and sticks her head out, like a dog. Considers howling.

She drives past uniform semi-detached houses, and in her peripheral vision she notices the fading moon, a faint thumbprint on blue. Last night’s dream floods back: she had been tasked with picking the moon off the floor of a swimming pool. She had laboured, obedient, straining beneath its solemn weight, before succumbing to the lack of air and waking up gasping. She spent the next hour staring at her daughter, whose face glowed pale and round in the early dawn light.

She hopes it’s not a premonition, because the pool is where she’s headed. Once inside the damp-floored confinement of a cubicle she peels off sweaty clothes and tries not to think about verrucas. Her right breast is already starting to swell and dimple. She wonders what’ll happen if she leaks into the pool: whether the milky trail will turn blue like when somebody pees, advertising the symbiotic relationship she now shares with her child. Like the moon, she must keep waxing and waning; filling up and running dry.

The water is a little too cold to be pleasant, the contrast with the humid air the most sharply pronounced as her pubic mound breaks the surface. Her gasp echoes around the crowded pool and she dunks the rest of herself in quickly, face burning. As she starts to kick and glide things improve. It does her good to be weightless, to feel the smooth caress of the water against her skin. To be touched on her own terms.

She flips onto her back and floats, observing the tiles on the ceiling; the black mould forming between the cracks. Out of the corner of her eye she sees a woman bob past. She is wearing a bright yellow swimming cap with a huge flower on it that must be half the size of her head. The floppy rubber absurdity of it combined with the woman’s serene oblivion unlocks something deep inside her. She feels a hot tear slide down her cheek and trickle away into the water.

She wonders if this is where she’s been going wrong: expecting happiness to be something she finds and settles into, once several unspecified things have been ticked off a list. Maybe it was only ever supposed to be fleeting moments plucked from the air like butterflies, then set free into the universe.

She swims harder, thrashing and kicking as if she can outswim the emptiness inside of her. One foot curls in the sudden agony of cramp, then the other, dragging her down. Her mouth opens in a gargled scream and water pours in. Black spots burst in front of her eyes and turn into moons, which then transform into her daughter’s face. They kaleidoscope around her head, and she thinks: Really? Even now?

Then someone hauls her out and she lies on the cold chlorine floor, retching and spitting. Her breasts are granite-hard, throbbing against her swimsuit. As she is gently guided into the recovery position she sees the yellow hat lady walking slowly towards the changing rooms. She focuses on the bright, bobbing petals until they blur, then become stars. She tries to make the moment last.

Biography
Katie Oliver is a writer based on the west coast of Ireland, whose work has been nominated for the Pushcart Prize and Best Microfiction. Her debut short story collection, I WANTED TO BE CLOSE TO YOU, will be published in December 2022 with Fly on the Wall Press, and she is a first reader for Tiny Molecules. She can be found on Twitter @katie_rose_o 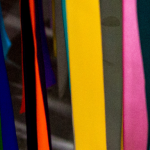 Bodice Laces in All Colors by Shaun Byron Fitzpatrick 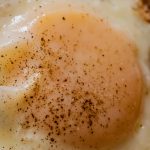 A Perfect Order by Jenni Meade 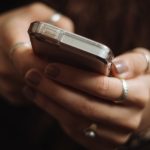 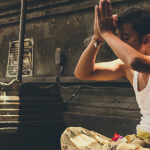 Speaking in Koans by Vineetha Mokkil