Mother has latticed wings, translucent tinted amber, sectioned like leaded glass in church windows.  Her flight is poetry, lyrical, beautiful, full of grace, deadly.  She kills on the wing, takes prey in taloned limbs, rips off wings and devours it headfirst.  Harnesses the wind, owns the air.  The physics of her flight is art and science.  She hovers, darts and dashes in any direction. Compound eyes miss nothing and neither do jaws.  Misses are rare.  95% strike rate.

She hunts the air above tall grassed flat lands away from the wet marsh and bothersome mate-hungry males.  When nature’s urge becomes too much, she returns to the wetlands of her birth and is set upon by a male hordes. She swoops into tall sedge running along the water and meets my father.  He lacks charm, but is fast, deft, cunning and tough as the steel capped toes of a bridge rigger’s boots.  They hook up. She and he cling together in flight, wing over the wet marsh in tandem, she dips beneath the surface.  Fertile eggs tumble down to a soft bottom and sink beneath the silt.

Thus begins the story of my life.

If I told you I began life when I dropped from the sky into the water and that I breathe through my anus would you believe me?  It’s true but please, don’t call me butt breath.

I kill when I’m hungry. I’m always hungry. I’m canny and clever and spend time buried in silt or hiding under rocks, there are those who would make me a meal.  In my watery world you hunt to survive and to survive you must always remember that you too are hunted.  I watch for long legged shadows of dagger beaked birds stalking the shallows and whiskered catfish nudging the silty bottom. I emerge with jaws that lunge from my body and snap small crustacea and fingerling fish like twigs.

I will spend near ninety percent of my life in water and shed this hard crustaceous body five times before emerging from my watery world and entering  the sky.   I will climb the stem of a reed, half in, half out of the water, practise breathing through my mouth, climb further, hide amongst the growth.

I’m most vulnerable at this time, like being in a bar brawl with pants down around your ankles and one hand busy trying to pull them up. Awkward.  Half in and half out of my former body, the final metamorphosis.  My wings unfold and flood with strength. Like leaded glass on a tiffany lamp.

I become death on the wing.

The Japanese celebrate me and mine as symbols of courage, strength and happiness .  We are painted on tea sets, ceramics and adorn hinged screen room dividers called wind walls.  We have been here 350 million years, give or take a few. Time is nothing to us. We were before dinosaurs and survived after them, outlived the Tyrannosaurus. Bad as they were, if we were a bit bigger we could have torn them from their limbs and eaten them headfirst. Eighty percent of my head is compound eyes.  I can  see 360 degrees, you can see 170.  I have thirty colour rods in my eyes you have three.  If you could see through my eyes your head would explode.

Gregor Samsa woke up as a giant cockroach. His biggest problem? He tried to live as a human being rather than a cockroach.  It didn’t end well.

Imagine waking up as a giant dragonfly.  Fancy flying at your enemies, ripping their arms off and eating them headfirst. Imagine having eyes that see colours you never imagined, perception so refined and acute that you could dodge bullets and see your enemies approach from all directions and out manoeuvre them.

I have little time left to live, in ten weeks I will be dead, I will fly and kill and eat until I die. I will master the sky and see things that you could never realise even if you swallowed a bucket full of hallucinogens.

I feel your pain.  You’re not me.  Your ending will never be as sweet. Eat your heart out.  Sad for you but if I were bigger I’d do it for you. 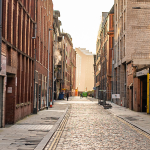 A Temporary Quiet by Vicky Waters 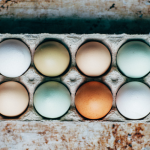 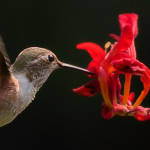 To Dad, on Turning 70 by Dominic Laing 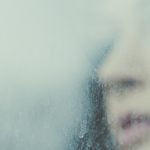 The Things I Don’t Want to Talk About, Even Now as I Tell You This by Nia McCash