I’m very particular about plums.  Put it this way, I can’t abide the inevitable sag of a Victoria and the way the stone always comes loose inside. I won’t do woolly ones. If juice seeps out on the bite, that’s no good either. Plum juice is effectively pure glycerine and if it gets half a chance to congeal, it will, and when it does it’s viscid and impossible to get off and it gives the skin on the back of the hands this strange shrinking sensation and then all I can think about is my being wrapped snugly in cling film and how the devil would I get out.

Plums should retain their firmness when pressed and if they give, even a little, I plump for an Egremont Russet instead. It’s the sharp snap of a russet that’s so satisfying. I should probably say right off that an Egremont is a dessert apple. When I referred to them during supper with a friend where I was craving fruit with a zing to accompany his gone-overboard-on-the-blue cheeseboard, my friend, knowing nothing about plums, assumed an Egremont Russet to be a strawberry-blonde species of plum.

It’s likely I’d taken too much wine with dinner but once he’d said it I couldn’t stop imagining the longest strands of fine, straight hair knotted tight around the plum tree’s scrawny fingers and jigging fierily against the crack-white sky.

My friend is the sort of man to buy genetically modified fruit without any internal moral crisis. The sort of man who thinks a greengage is a measuring device. In fact, I had to talk him through all the varieties of apple in his faux ivory fruit bowl after supper as though he was a child learning how to tie up laces. I said to him, you do know an Egremont Russet because it’s that very distinctive apple with light brown skin and creamy freckles that tastes of unbridled woodland or raw potatoes.  Of course, he knew which ones I meant straight off.

It might seem that I’m not that fond of plums because I only like them a certain way and mostly hard and yellow. I don’t mind telling you that I judged a dinner date with another man viciously on account of the plums he bought along for dessert. Only the second time we’d met and he felt confident enough to bring plums. Don’t get me wrong, I’m the thankful sort. The perfect gift to bring to a low-key dinner one might assume. Plums. One would be wrong.  He brought me flaccid purple ones with an end of life white bloom and had even taken time to secure the top of the paper bag with sticky tape. I don’t care a fig for fastidiousness of that sort. They weren’t fit for the magpies and I told him so. They really came between us, those plums. The meal was melancholy as a budget wake in a pub function room, even though we were in my retro kitchen, and I became fixated on his prominent Adam’s apple when he talked and experienced a violet loathing for it.  The bizarre thing is, we’d even talked about plums in considerable detail by phone but he still managed to get it so wrong that I could have bit him hard on the fatty bit of his upper arm.

On the phone I’d told him I like to eat plums as they are and far colder than Carlos Williams could ever have tolerated. Cold enough for brain freeze, I said. I told him I need to grip on to a table really tight to properly enjoy a plum. Of course, he quoted This Is Just To Say to substantiate his literary prowess and I pretended that my end of the line was clicking madly so that I didn’t have to fluff up his eye-print feathers for having once learned twenty words by rote.

He told me he liked plum jams and crumbles and plums poached in good red wine and I told him straight off that crumble was one of my all-time worst words on account of the ‘m’ and the ‘b’ lying back to back on the tongue and contrary for it. There’s the distinct possibility that I said poached fruit of any variety is fetid but I can’t be sure. He told me about how he likes to arrange his home-grown plums just so in a blue and white striped bowl that stands next to a jug of pretend lavender and that all the purples make him think of the bum back-end of winter. His need to communicate domesticity to me in a literary fashion was urgent and fairly sick-making but I’d decided to push ahead with dinner arrangements because it had been some time.

I said that his pretend lavender troubled me but that I had bought a new mauve sweater recently and perhaps some new knitwear might make him feel less bleak? It’s impossible to feel brittle in new knitwear, I said, I feel cosseted and softer than a Peruvian Alpaca in mine. Towards the end of the call, one of the last things I reminded him was to bring along some green or golden yellow dessert plums tart enough to make me squint. Ones with translucent skin where if they’re held up to the light the outline of the stone can be seen inside.

Biography
Rachael Smart writes essays, poetry and short fiction. Recent work has been published at The Letters Page and Unthology 11. Her story ‘The Inconsequential Codes on Lipsticks’ was shortlisted for The Bristol Short Story Prize 2018. She reviews literature for 4Word and STORGY. 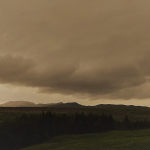 Pilgrimage to a Ghost Township by F. E. Clark 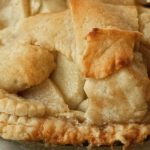 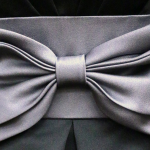 The Lesson by JY Saville 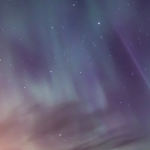