I remember when he slept in my bed, more nights than not, for four months. His evening routine was more meticulous than mine, a feat that was impressive on good days and increasingly annoying on the rest as my toothpaste bill doubled and phone timers interrupted songs from the bathroom. Toothpaste on the brush, start timer, 1 minute 30, spit, new toothpaste, 30 seconds, spit. In May I hated how he washed his face, always popping his head round the door and smiling at me, foamy. It used to be funny but by then I didn’t roll over to see. My age felt old, his same number felt young. Our roles disfigured and then I hated his t-shirts, his insistence on wearing mine, his mirror face, the fact he’d kissed that girl in February and the fact he told me in April with balloons in hand, presents to protect something I’d stopped feeding.

June. He came with wine, unexpected, as I packed lingerie into a case for someone else. He stopped the door with his foot before I’d recognised his face, stood sloppy with my tired face and pyjamas. His frantic voice pulsed with the excitement of the gesture and the vibration of it itched me, all too tempting to pick it apart; ‘why didn’t you just call?’ ‘what if I wasn’t in?’. We both had a habit of not saying what we wanted to so we drank the wine, I felt his eyes trying to stick to mine as he lingered too long, all a routine we’d come to repeat two months later after a chance meeting on a train. In the rattling carriage he said ‘I should come visit some time’, I heard it as ‘I miss you’. We’d spent enough time together to know the language.

Our tenderest moment involved her. He couldn’t lift me but in my head I see him carrying me home, some wounded creature hit by the blunt force of a loss of a friendship turned toxic and cruel. I had loved her most, brought him there to cushion it all, came to see me perform and found a trail of pieces of me as I crumbled outside, hurt in the way only an old friend can hurt you, digging right in between your ribs and remember every insecurity shared. When we went home that night in late March, as he held my hand tightly on purpose and we said goodbye to newly mutual friends, I thought I could love him. I loved the silence he made for me on the walk back, only breaking it with affirmations, finding his voice newly soothing. He made me a drink, sat behind me, making a new sky out of himself with arms and legs doing their best to lock it out with nicer touch and that perfect way of sleeping next to someone, when its still and considerate with one point of contact, one hand.

In May I’d lost any care for that, the new sky became irritating with a hundred tiny instances, and in may I would’ve closed the door if it wasn’t for his foot. When my eyes settled, I wondered why I couldn’t brush it off as it all kept crumbling like there had been some storm, no red warning just mild and toothpaste and that way he danced and the one time he tried to yell at me and the balloons in his hand in April.

August. ‘I saw you upset; I didn’t see her do anything’. He sleeps next to her now, affection to impartiality, to opposition as I see pictures of her kiss on his cheek, always soft and over-moisturised and that annoying foamy smile. I wonder if she still laughs. I saw them first in my city, 2 weeks after the train where he missed me and I spoke about her, the sting still there and he comforted me again, not sky but a bit of solid land. He took me out for brunch and asked to see me again, but saw her. Blonde hair, pretty face, cruel and cutting in her faux innocence like something Sofia Coppola would create and I would love. Both younger than their number, but vegan, both annoying dancers, perfect match, and I shared baths with both of them. Cupid’s arrow dipped in my blood, the impact made them spit my name in hatred, and merged together must have tasted like love.

Biography
Lucy Harbron is a writer and poet interested in the imagery and intricacies of personal memory. Balancing freelance journalism with several personal projects, her work is scattered across various pages online and in print.  She’s sorry to anyone she once loved that now finds themselves as a character. Instagram: @lucyharbron_ | Twitter: @Lucyharbron | Web: lucyharbron.co.uk 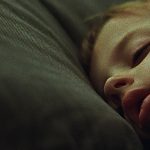 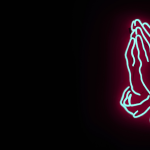 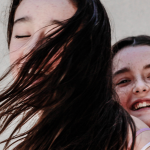 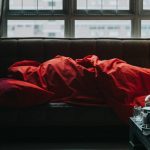