A man in a funny hat rang the doorbell so I hid in the bathroom but then mom let him in, just like that. He carried a tweed case and I asked what was inside but he wouldn’t tell, just kept tapping on it three times, laughing to himself. I thought maybe he was a magician or something but it wasn’t my birthday for like another six months so I couldn’t be sure. From the kitchen, mom asked if he wanted tea or coffee. He stretched his neck out to the side all weird like he was trying to make sure his voice carried around the corner. How about a lemonade? He asked. Mom said she hasn’t had time to go to the store lately. But she did have a can of orange concentrate in the pantry if he was interested. She said it would only take a minute. Earl grey is fine, fine, he said, then he winked at me.

From a distance, the man looked like my father, which is why I originally hid in the bathroom. Dad came by yesterday to pick up the rest of his shit in the basement. He also made mom give back the Nissan Altima that he gifted her for Christmas last year. A white one with a huge red bow on top, just like the commercials. I never want to see him again.

The man in the funny hat and I sat opposite each other in the living room. Who are you? I asked. What are you doing here? He said he couldn’t say until mom was in the room. Then he just froze there with a stupid smile. I thought he might’ve died with his eyes open or something.

Mom finally set the tray of drinks down and sat next to me. The man in the funny hat thumbed a combination on his tweed case and opened it slowly and seriously. He stared at the contents, still unknown to us on the other side, for what seemed like forever. Well? I asked. Mom squeezed my kneecap.

I have with me, the man said, your mother’s happiness. He spun the case around on his lap so I could take a peek. Her happiness pretended to look around the room, hands in its pockets, as if being here, now, was some crazy coincidence. What a total set-up. I knew without a doubt mom had the whole thing planned down to the minute. Even the dumb orange concentrate bit, to try and make it seem more realistic. She squeezed my knee again, unable to contain her excitement, asking, what do ya think? I could tell it meant a lot to her so I, too, tried to act surprised.

Biography
Paul Rousseau is a disabled writer from Minnesota. His work has appeared in or is coming soon from Roxane Gay’s The Audacity, Catapult, Wigleaf, X-R-A-Y, Okay Donkey, Hippocampus, Daily Drunk, JMWW, Rejection Letters, Waxwing, Bending Genres, Jellyfish Review, and Variant Lit. You can follow him on Twitter @Paulwrites7. 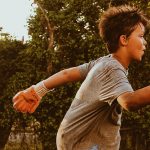 The Last Summer by Ian Critchley 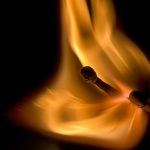 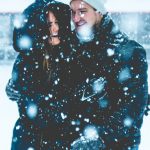 With Her Soft Hat On by Nick Black 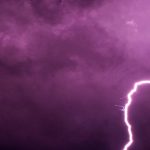 The Lightning That Sent You by Chris Panatier