Tommy had known Lissy for as long as he could remember (and he remembers EVERYTHING) but had never been able to look her in the eye. Not even now as she stroked his cold hand. All he could do was tremble and stare at the ground where they’d tossed his clothes and smashed all those bottles.

Lissy smelled of pizza and cake and summer—all Tommy’s favourite things. All strong smells. Happy. They almost masked the smell of pee and poo running down his legs.

Lissy’s breath was warm in his face. The face that wouldn’t look up. Couldn’t. Lissy sniffed like a dog and oh, no, her smell changed. Now, it was like when Mum mulched dead roses in fresh dirt. Now, it was just like them after they’d tied him up.

They’d laughed. Tommy had laughed too. After all, it was just a game. But that smell…

“Oh Jesus. Jesus. Jesus,” Lissy was trying to undo the ropes. “Tommy, I can’t get them loose, they’re all wet and swollen.” Lissy sniffed her fingers and retched like Mum when she cleaned his bed.

Was she crying? He didn’t want to make her cry.

A frog croaked from Tommy’s throat and he began to shake as much as the ropes would let him. The rough fibres sandpapered flakes of his bare skin which drifted in the fading light like whittled wood.

“It’s okay.” Lissy’s hand felt like puppy fur on his bare arm. He loved his puppy. Her name was Lissy. Just like Lissy.

Lissy took her coat off and draped it over him the best she could. It slipped to the ground soon as she left. Tommy tried not to be scared. Tried not to remember their faces like Halloween masks and mean words like the late-night programmes Mum and Dad watched.

“Don’t go, Lissy,” Tommy said so quiet he thought he was dreaming. Tommy loved his dreams which were almost always of Lissy but the dusk between the time he closed his eyes and his dreams came—that was scary. It was dusk now. Dusk with his eyes open.

Tommy leaned back against the tree; drew comfort from the rough wood against his back. It would all be worth it when Lissy saw what he had done. It had taken him days and three kitchen knives, but it was everything he could never say.

Tommy smelled Lissy before he saw her, an excited smell like curry and cola. Tommy was excited too. He forgot about his skin raw under ropes, soggy underpants drooping, the cold.

That voice. It was Martin. Martin who collected Lissy in his LOUD Ford Mustang with the V8 engine and 435 horsepower that smelled of grease. Martin who had tied him up.

“You can’t say that,” Lissy sounded angry. Angry like his mum had been when she found the broken knives.

Martin came into view first and their eyes met before Tommy could look away. Don’t you say a word, Martin’s eyes warned. Or, I will kill you. Tommy looked at the hunting knife in Martin’s hands and kept his mouth shut.

Martin sawed through the rope and Tommy was soon free. He didn’t rub his sore arms or reach for his clothes. He had to be brave. In the dying light, Tommy pretended the dusk was dimming and he was dreaming, then looked up and into Lissy’s face as she saw the carving in the wood his body had hidden. The delicate heart with their names enclosed:

First, Lissy looked at Martin and her smell was like a skunk that had been hit by a car. Then slowly, she turned to him and Tommy, shivering, cold Tommy was brave, and did not look away. Full of tears, Lissy’s eyes were blue like the sky just before night, like the dusk before dreams. Her mouth moved but no words came out and her smell? Her smell was of all the things she could not say, and all his dreams come true.

Biography
Barbara is an American expat living in Ireland. A previous Irish Writers’ Centre Novel Fair winner, she’s had flash in The Fiction Pool, The Incubator, Words for the Wild, Cabinet of Heed and Spelk with a forthcoming piece in FlashFictionFebruary. She was short-listed for the 2017 Over the Edge New Writer of the Year Award and long listed for the 2017 Bare Fiction Prize. Barbara was also selected to take part in the Irish Writers’ Centre 2017 XBorders project which explored the theme of Borders in literature and memoir. She is the founder and facilitator of a local writers’ group and is a reader and Senior Editor for TSS Publishing, UK. Twitter: @BarbaraByar 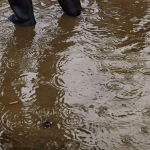 And It Rained by Gary Duncan 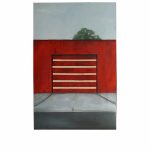 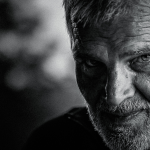 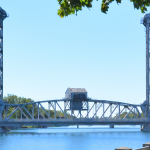