The wrinkles on her face were numerous, I tried to count them and guess her age the way you would add up the rings on an exposed tree stump. She struck me as the type of woman whose beauty had once been intimidating, but the visible tiredness that growing old tattoos to your body and the stresses of a lifetime had diluted her attractiveness.

It was a still, clear night and stars filled the sky to a point where you could forget that beyond those glimmers, the darkness went on and on. It’s an eerie feeling, looking toward something that never ends, but can that really be true? Surely the darkness must stop somewhere, space must be contained somehow.

In my confusion, I contemplated how our space has an inevitable ending, one we hate to dwell on for any amount of time, yet continually we are haunted by its ubiquity.

She didn’t speak, though her mouth parted slightly and tiny shimmering pearls of saliva, revealed the moisture on her lips. I wanted to kiss her, there was something familiar in that feeling, it wasn’t lust but a need to exhibit my love for her, a physical totem of my tenderness. Her hands were cold and fragile, yet her grip was immense and as she squeezed my palm… I finally realised who she was.

Seeing someone you’ve spent your life with as a stranger is difficult to comprehend. How can someone so recognisable, a person whose life you’ve shared yours with suddenly become unidentifiable?

‘Anna’ I whispered, just loud enough so it was audible above the gentle waves, which we couldn’t see from our bench on the promenade but we knew they were there; advancing on the sandy beach like a swarming army.

‘Yes dear’ she replied, her appearance was youthful looking again, invigorated by my recognition of her, the furrows beneath her spectacles seemed smoother and the stars that had sparkled so bright, now appeared dim compared to the glint in her eyes.

I understood I was ill, and that it wasn’t just forgetfulness, but more a chronic erosive condition of the brain. The type which robs you of even the very best memories. It’s almost as if someone is stealing those moments of nostalgia from you, preparing you for death and nothingness. ‘I love you’ I told her, knowing that time was not on my side, the fog free nirvana I had just encountered would perhaps not last long. I was in the eye of the storm, where everything was clear but soon a tornado of confusion would be contorting my mind again. Deaths hands would be squeezing my mind, rinsing the memories from me like water from a sponge.

‘I love you too’ she replied.

Immediately I knew, the importance of that moment to her, it was an idyllic occurrence in a less than ideal situation. ‘Would you like to walk?’ She asked me.  I found myself looking out towards an ocean that I couldn’t see, my vision and mind thwarted by a growing blackness.

‘Do I know you?’ I asked the lady, my question seemed to upset her, she didn’t reply, but eventually she smiled and I knew that somehow, I did know her and that, that was enough for both of us.

Biography
Darren Forster, is a working-class writer originally from Hawick but now residing in Glasgow. He left School at 15-years-old with very few qualifications and is passionate about writing and reading fiction. He believes more should be done to help writers from less-privileged backgrounds emerge… ahem like himself.  Twitter: @dazzlermurphy 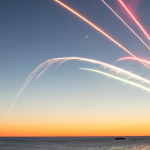 Notes Regarding Your Escape by Michael Grant Smith 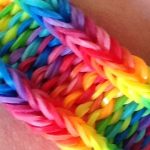 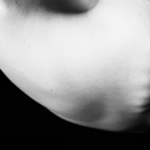 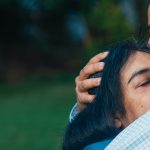