This Christmas, when I arrive home from uni, your dad will greet me – ‘the boy genius’ – with an awkward shoulder squeeze in my own hallway. I will jerk away and pretend it was involuntary.

We will be standing under the green lampshade, which my dad wrestled and blasphemed into place a decade ago. Your father will try to establish alpha male status by taking too long to move out of my way. You and I will exchange looks. I’ll swap you a how-about-this-for-awkward-then-fuckface? for your this-is-so-bum-clenchingly-awful-I-may-actually-faint. You will say, ‘I’ve vacated your room’ – not daring to call it your room despite living there for four months – and I will nearly manage not to scowl. I will shudder in anticipation of the Arsenal F.C. bedding and terrible posters sullying my old sex lair. As we pass at the foot of the stairs, I will inhale a waft of Frankincense deodorant – a festive gift from your dozy girlfriend – and articulate my disgust.

Once installed in the my-room-not-my-room-paradox-place, I will be heard to scoff at your novelty Christmas knitwear, which will wave imploringly from the wardrobe as if to signal a hostage situation.

A few minutes later, my mum will burst in wearing an apron that looks like a GCSE mood board and hustle me downstairs for our annual marzipan sculpt-off. This year’s theme: Cambridge Analytica. I will be feeling confident, having worked out how to render Alexander Nix’s specs on the way over. Neither Mum’s boring ‘friend’, nor you, will participate. I will neglect to ask Mum if she extended the invitation.

At dinner, I will suggest your jumper is trying to return to Bangladesh, where it will explain the concept of kidulthood to malnourished child labourers. You will disguise the hurt that flickers across your face by biting into a chipolata. The grease on your chin will reflect the fairy lights and guilt will percolate unpleasantly in our guts.

In less than three years’ time, my mum will find herself out to lunch whilst out to lunch with your dad. She will be daydreaming of immersive theatre and lock-ins with globe-trotting folk musicians. The realisation that she doesn’t get on with ‘normals’ will ambush her in plain sight. A kind of vertigo will take hold as she sees that she has already worked the angles of these conversations, that she has squeezed out every last drop of their juice.

It’s nothing personal but, a day later, she will decide she’s had it with your dad and spend hours explaining to him why he has to leave. The following day she will say to you ‘it’s been an absolute privilege’ whilst conceding she hasn’t done a very good job of being Mum. Towards the end of the talk – just after the part about letting her know how your Finals go – you will realise she is saying goodbye.

You will find your father decanting pants and t-shirts into suitcases. The quaver in his voice will make you cry.

In four years’ time, Mum will send you one last email. You will note how her communications have diminished in both size and sincerity over the months. You will read aloud that final lone paragraph in a sarcastic tone that your girlfriend insists does not suit you.

In five years’ time, you and I will snag eyes across a crowded Wetherspoons. We will pretend that we didn’t. You will be wearing that stupid jumper and laughing with some borderline simpletons. I will be moaning about the lack of craft ales and picking a fight with my soon-to-be-ex girlfriend.

In ten years’ time, we will pass each other in Meadowhall as we trail around after our pregnant wives. We will each be sure that we were obscured from the other by a colossal white pillar – and it will be as if we never met.

That evening, I will unfold my fingers over Libby’s bump and marvel at our daughter’s elaborate gymnastics. I will suppress a new emotion that blends fear and tenderness to an exquisite kind of ache. I will long for Mum’s voice but I won’t call her.

In fifteen years, I will recall how we were friends at primary school. I will see us knee-to-knee behind the music block, legs a happy mess of scabs, faces fixed in concentration. I will remember that we were sculpting something out of mud and stones – joining our materials with the utmost care – and, more than anything, I will need to ask you what it was, that shared creation.

Thirty seconds’ later, I will watch as my fingers slowly tap the letters of your name into a search engine.

Biography
Lucy is based in Bristol and writes short fiction. She’s been shortlisted by Flash 500 and the National Flash Fiction Day (NFFD) and nominated for Best Small Fictions 2020 by NFFD and 100 Word Story. Further publications at Ellipsis, Reflex Fiction, The Cabinet of Heed, Funny Pearls and STORGY.  @livingallover. 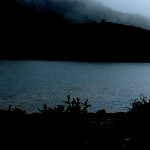 A Parting Gesture by Karen Rust 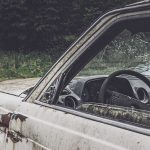 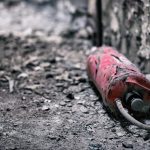 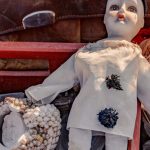