“A storm approaches, one I’m not sure we’ll weather – not without becoming a washed out, washed-up pastiche of a Constable painting. Our once glorious colours faded to grey; like a day-old gammon, sweaty and reeking in a rare June heatwave.”

I’d written that last night, drunk with the power of my oh-so profound Twittering.

“If you don’t like it, LEAVE!” the bullet-fast reply whistled into my notifications.

He didn’t listen. The buzz quickly drew a crowd. Some came to my defence; others spat vinegar.

A shimmering mirage on the horizon could be France. Sighing, I pick my spot and lay out the spread, but the food attracts wasps; a sugar-crazed swarm, hell-bent on ruining my picnic. I flap them away, arms windmilling with panic.

As I scoop up shop-bought sausage rolls and limp ham sandwiches, a gust catches the red, white and blue of my new Union flag picnic blanket. (A fiver in the Marks and Sparks’ mid-season sale; it’s my country too).

I lunge but I’m too slow, and it parachutes out of reach of my grasping fingers. Then the squall calms and the blanket crumples, collapsing inwards on itself. But it’s drifted too far. With agonising torpor, it wafts towards the Beachy Head cliff.

Even the wasps appear to watch in silence, as the flag slips finally – irrevocably – over the edge and out of sight.

Biography
Jeanna Louise Skinner is a romance writer from Exeter, who’s short fiction has been published by Ellipsis Magazine and The Cabinet of Heed. Bitten by a radioactive sloth as a teenager, procrastination is now her superpower. Twitter is her Kryptonite. Follow her @jeannalstars | @UKRomChat. 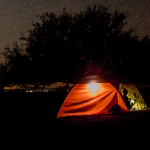 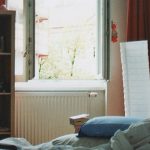 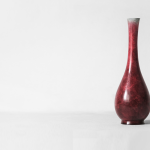