The scientists could not believe it. Environmentalists said it was a gift. Governments claimed great victories. Businesses clasped their hands in what looked like relief. Celebrations took place everywhere and everyone let out a deep breath.

The world had blinked, and all the plastic had gone from the sea.

The news first broke from Russia. Then America, followed quickly by China. North Korea confirmed it too, while South America collectively championed divine intervention – the second coming, of sorts, after the Amazon fires had finally been extinguished (because there was nothing left to burn). The Independent State of England eventually, cautiously, agreed – as was its nature, being a doubting soul in the face of obvious and clear evidence of disaster. Scotland and Wales and Nua Éire shared the news jointly alongside France, Germany, and the rest of the New United European Union. Everywhere the whole world rejoiced and everyone had a party as plastic-free as they could, clearing up after themselves and putting everything in the bins provided.

Most world leaders showed grace and humility, with bold statements of change for a cleaner, safer, toxic-free planet. Others said it made their country even greater than everyone else’s, and their plastic-free oceans were the best – which was odd as all the oceans and seas were now exactly the same. Most of the rest of the world leaders said that a miracle must not be wasted. It was up to us all to do better and the priority was to love the land now the sea had been saved.

But how? How had the sea become clean? What had happened? Every plastic bag, every branded fizzy drink bottle, every wet wipe, fishing net and wire, every… yes… every micro-plastic shard, fragment and minute splinter and grain had gone, vanished from all the water in all the whole wide world.

Within hours plastic factories ceased production. Governments confirmed within days of the miracle that the last plastics would still be used but then recycled more appropriately, publicly signing agreements to authentically enthusiastic acclaim. No more polystyrene! Existing single-use plastics, something that now seemed to everyone a crazy idea in the first place, were to be compacted via previously-seen-as-too-expensive-to-produce production techniques to create the components for building new affordable houses and more hospitals – but only what was needed. Money saved from plastics transportation costs, taxes or trade agreements would now be used for the greater good. There was no room or need for excess, or for profit. Now was the time for the world to learn, to act, and to be responsible for maintaining this second chance, this refreshed eco-system, so that it would never happen again.

But businesses wrung their hands.

They were poorer now. It had been an easy way to make money. And now? Now they didn’t have as much money, but did have friends in high, official places, who also wanted to keep making money.

Then, late one night, a truck full of plastic and plastic variants was accidentally driven into the sea.

The truck came out. But the plastics were gone. No trace. None at all!

So, just to see, just as a test, landfills were dug up and everything was put into the sea.

Some governments wrote long policies and clever documents, and gave news conferences speaking in Latin and quoting historic leaders and the like, that essentially told everyone: “We’re poisoning the land! Let’s put all the plastic into the sea! We tested it! No trace? No harm!”

The plastic was just disappearing. Where? No one knew, but the world took advantage.

A man dropped his drink bottle into a river and laughed.

A woman barely used a wet wipe, giggled, and flushed it down the toilet.

A boy threw plastic shopping bags off a pier to watch them drift away for fun.

Scientists couldn’t believe it. Environmentalists cautioned against it – but what did they know? They told everyone the sea and everything in it would die, but they were now obviously wrong.

Social media platforms found it hilarious. Then everyone started putting plastic into the sea. Tonnes and tonnes of it. The plastic factories reopened and businesses clasped their hands in relief.

The news first broke from Russia. Then America, followed quickly by China. Then everywhere. At first it seemed like a joke, or a peculiarity, so it hadn’t been reported as an epidemic. But then, as there were more and more cases, there was no way to suppress the truth.

They were bloated. They were suffocating. They were being poisoned. Children vomited at school, in the streets, at home. But they were in good company as their parents and grandparents vomited too, staggering around, gasping for air at work, in their living rooms, and their care homes.

It affected everyone, even the people who hadn’t taken the sea for granted and thrown plastic into it.

When the man died his intestine was full of crushed drink bottles.

When the woman died her lungs were blocked by wet wipes.

When the boy died the doctors pulled fourteen plastic shopping bags from his throat.

It was still here.

It was just inside us instead.

Biography
KS Silkwood lives in London. His Britart eats Britpop novel King of the Bored Frontier was published in 2017, while his art scene-meets-street-scene novel, King of the Jungle, was published in 2013. The short story Daddy’s Little Secret featured in Unthology 5 by Unthank Books in 2014. Website: kssilkwood.wordpress.com Twitter: @KSSilkwood 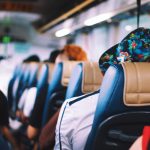 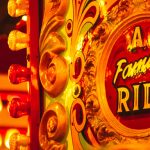 Alison at the Fair by Becky May 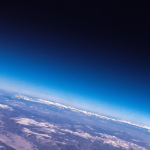 Burden of Proof by Steven Patchett 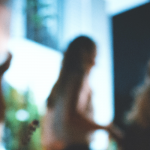 Girls Night Out by Kathryn Aldridge-Morris