She’s not sure when her heart first started to shrink but she remembers when she noticed it had. It was the day she stepped round the homeless woman outside the train station and tutted at her for being in the way, putting her slightly off course. She couldn’t afford even that momentary delay in her busy, busy day. Her heart clenched.

At her desk she was consumed by performance reviews and sales funnels, marketing leads and returns on investments, but the regular pang of her heart didn’t go unnoticed.

The next day she bought the homeless woman a flask of hot tea and a homemade egg mayonnaise and cress sandwich. Little paper pouches of salt and pepper so she could add as much, or as little, as she liked. Left them by her side for when she awoke. Her heart felt floaty and free.

But then she started using a different entrance to the station. She didn’t want to be made to feel bad every day. It wasn’t her fault and what could she do?

Every so often, when she caught a glimpse of the woman she’d tutted at, she’d feel an ache, a constriction, in the centre of her chest. Knew her heart was shrinking. Becoming encased in a dried-up shell. She pushed the realisation away.

The shrinking continued but went ignored. She had more important things to think about. Deadlines and targets. Shopping trips and business meetings. Buy and sell. Buy and sell.

Until the degeneration of her heart reached critical levels. The dull ache now a repeated punch. She could barely breathe. The wasting of her heart was shrivelling her lungs too.

The day that she realised she really had to put a stop to it, three things happened.

First, she found herself applauding new Tory Party plans to give extra eviction powers to landlords. She could get rid of those wasters in her investment flat that were always late with their rent.

Second, she found herself agreeing to chair a Parish council meeting about the homelessness “problem” encroaching on their village.

Third, on the way home from work, she found herself unmoved at seeing the woman she’d made the sandwich for, so many months ago, being thrown into a police van, along with several of her street-sleeping friends.

Then, on the train, behind the stony glare she always seemed to wear nowadays, she caught a glimpse of the girl she used to be in her reflection in the window. The one who’d marched for causes, worked in soup kitchens on Christmas Day, and swore she’d never get caught up in the world she’d somehow become consumed by.

Staring into her own eyes she felt a fracture cleave her chest as her wizened heart started to break. She gulped the burning lump in her throat away, blinked back tears.

When she got home and kicked off her shoes in the hall, the freeing of her feet from those corporate heels smashed the shell around her heart wide open.

Sobs tore through her from deep within that crumbling carapace.

Every heave of her chest dislodged another fragment of dried-up shell, freeing space for her shrunken heart to regenerate.

Biography
Amanda Saint is the author of two novels, As If I Were A River (2016) and Remember Tomorrow (2019). Her short fictions have been widely published and appeared on lots of prize long and shortlists and the winners’ podium just the once so far. Amanda founded and runs Retreat West, providing an online writing community, competitions and courses; and the award-winning Retreat West Books indie press, which publishes short fictions, novels and memoirs. 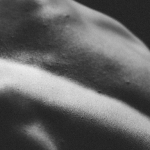 As Delicate as Lace by Keely O’Shaughnessy 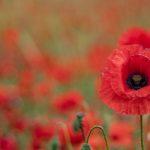 Across Belgian Fields by Christine Collinson 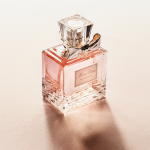 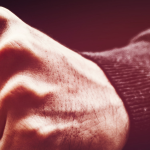