To mark the publication of Gaynor’s debut novella-in-flash, Among These Animals, in March 2021, we’re taking a brief look back over her writing career so far.

Born in Wales, raised in Merseyside and currently lives in Oldham, Gaynor has been writing on and off for a number of years, but started taking it seriously in 2017. At that time, as a fledgling publication, we were lucky enough to publish one of Gaynor’s first pieces of flash, Living With It. With a killer opening line of: “When I was eleven years old I killed my sister. Of course, she’s fine now.” How could we not?

Read the full flash here: Living With It.

Since then we’ve published three further pieces of Gaynor’s work on our website; To My Three Year Old Naked in the Bath, A Series of Small Things and Before The Nose, and pieces in each of the first four editions of our printed zines.

Alongside the work published with us, Gaynor has won several awards and placed in numerous competitions during the last three and a half years. Awards include the Bath Flash Fiction Award, the Mairtín Crawford Short Story Award and a Northern Writer’s Award from New Writing North. Writing competition placings including the Bridport Prize, the Anton Chekov Award for short fiction, FlashBack Fiction microfiction competition and the Reflex flash fiction competition. Gaynor was named Northern Writer of the Year at the 2018 Northern Soul Awards. In addition, she has had three stories selected for the Best British and Irish Flash Fiction and has performed her work at events including the Not Quite Light Festival and the 2019 Edinburgh Fringe.

Gaynor has had work published in a broad selection of publications such as Aesthetica, Barrelhouse, MoonPark Review, Spelk and Bending Genres among others.

You can pre-order Gaynor’s novella-in-flash, Among These Animals ahead of the March release. Digital copies are available for only £3 and print copies for £5, plus postage. We have copies set aside for anyone on low income who would like one – please drop us an email or DM on twitter. We also have review copies available, please get in touch if you’d like one of these.

To whet your appetite, we’ll be publishing one of the pieces from this novella next week. 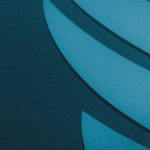 This bird has flown 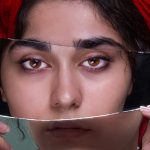 Hall of Mirrors: Aspects of the writer-self in fiction by Stephanie Carty 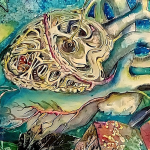 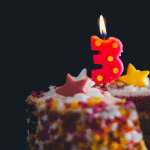