The day she moves in, you see her through the gap in your curtain and you exhale slowly; she has it. It’s there in all the ways she holds herself – unassuming, easy. It’s there in the way she turns the key in the front door beside yours. It’s there in the innocence masking her face before she enters.

And on the other side of the wall, there you are, listening.

It’s amazing what you can hear when you stay as silent as a doll. The houses here are narrow and repeating. Echoes of each other. All laid out the same, with heavy duty doors, with veiled windows frosty and thick-glassed. But, the dividing lines of neighbours are guillotine thin.

You begin to learn her rhythms. When she’s out and when she’s in. The dynamics of her day. Hand to cup to ear to wall gives you what you need to map her movements precisely.

You learn what she watches on the television and you circle her favourites in the TV guide. The talent shows, the quizzes, the true-crime miniseries, you watch them too. She does not watch the news.

You note down her favourite music, the lyrics she knows and those she gets wrong. You download it and sing along with her. You learn the do-duh-doos, dumb-be-dumbs and bada-badaahs when she doesn’t know the words. You imagine her moving in time and you do too – with the silence of a backing dancer who’s killing it. Sometimes, you both just hum.

She starts to bring a man to the house. You stay up late to hear the gentle thuds against the headboard, moans swimming about, swelling. You writhe around in your own bedding, whispers of pleasure, trying to match her in a twinned peak.

She begins to cry in the shower. Great, racking sobs and then long held notes of despair. That must be her thumping her hands against the tiles. You stand in your bathtub and practice wailing and flailing in your shower’s low pressure, but you just can’t feel it.

Soon, you’re mirroring her like an instinct. When she uses the sink, you turn both taps; when she closes a door, you slam one; when she storms upstairs, you thunder; when she paces, you stamp; when she pauses, you stop; when she’s silent, you wait.

You know it’s time to introduce yourself when the For-Sale sign goes up. Oh hi, you’ll say, I’m just the girl next door. And you’ll smile at her, so pretty and pleasant, harmless as a fly on the wall. 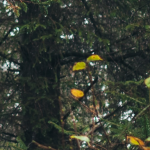 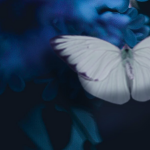 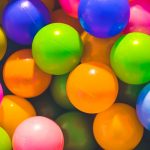 Hard Work at the Soft Play by Kristina Thornton 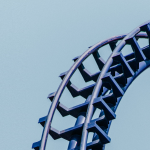