That was the last time I saw you. Your 21st birthday. I felt like a ghost gate-crashing a party for the living, and my God were you living. The partying never ended for you that summer.

At the door of the restaurant a waitress greeted me as though I’d come to inspect the food hygiene. You’d told me it was a ‘club’ not a restaurant.

‘Restaurants are for dead people,’ you said.

I gave the waitress my jacket. She held it as though it was contaminated and looked around as if someone might help. I took it back and told her not to worry.

“I’m with my daughter Holly’s party” I said.

She led me to your table. I felt invisible. The high-pitched laughter and clang of beer bottles banged together. You’d told me before to not say things like ‘what happened to drinking from glasses.’ You said it made me sound like an old fart. I was determined not to say anything old fartish.

“Everybody, offer greetings to Benjamin!” Beer bottles raised and clinked. I tried laughing but it came out as a cough.

“Twenty one years ago Benjamin had something to do with me being here,” you shouted, your friends jeered, and I felt my face redden with shame. Like being called out for an illicit sex act. With your mother. Your mother would have been better at all this. I would have stood behind her and smiled, and paid the bill, and called the taxis, and felt I’d played my small part well enough. Now I have to play one of the lead roles, but can’t learn the lines.

I sat down next to you. You introduced me to people whose names I instantly forgot.

“Benjamin, you have to start with a Stinger,” you said, and waved at the waitress.

I must have looked at you in that way you say is ‘demented’.

“Russian vodka with a drizzle of bitters. Keep up Benjamin,” you said.

“We called it Pink Gin,” I said, “although it had gin, not vodka.” I’d said something old fartish already.

“We’ve ordered sliders for everyone”, you said, or was it slippers, I can’t remember. Small hamburgers, but I didn’t feel I could say that.

‘Lighten up Benjamin,’ you said.

I drank too much. I couldn’t keep up with all the conversations. Too many voices and my ears can’t cope. I watched you be like your mother was when she was twenty-one. The centre of everything. But she had always held my hand under the table. I held on to my jacket on my lap.

You followed me out of the restaurant to my taxi. We hugged each other and you cried. Your thin body shook with sobs. You held me so tight.

“Come home with me Holly,” I said. “You don’t have to leave. Take a few days to decide.”

Biography
Steven John lives in the Cotswolds, UK where he writes short stories and poetry. He’s had work published in pamphlets and online magazines including Riggwelter, Fictive Dream, Cabinet of Heed, Bangor Literary Journal, 2018 Stroud Short Stories Anthology and 2018 To Hull and Back Anthology. @stevenjohnwrite 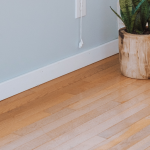 A House Should be a Home by Anita Goveas 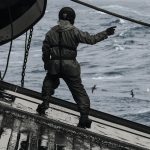 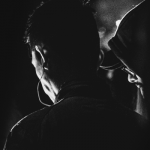 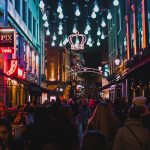