When I am ten you give me your childhood copy of Black Beauty, a hardback with a battered paper cover, your name written inside in fountain pen. You tell me it was one of your favourites as a girl. I try to like it too but I’m just not that into horses. Decades later, I pick it up again. The paper is tobacco brown and the cover is falling apart. I still don’t like the story but I can’t bring myself to let it go.

Robbie Foster sits behind me on the school bus on my first day at secondary school. He yanks on my ponytail to get my attention, tells me I have teeth like a horse. Each time he sees me after this he neighs and laughs. Sometimes others join in too. I avoid smiling with my teeth in photographs for the next twenty-five years. Years later I tell this story to my husband. He laughs and says I should get over it already; Robbie was only horsing around.

In the vestry on my wedding day you pull me aside, say it isn’t too late to change my mind, you will help me raise the baby if I come home. I look up at you in your oversized hat, wondering if you are joking, but I can see that you’re not. ‘Everybody makes mistakes,’ you say. ‘They will all understand.’ But I know they don’t and they won’t. I tell you I am sure, even though I’m not. Later, somebody gives me a large plastic horseshoe on a satin ribbon, and I think I’ll need more than luck to get through this.

At first it is just the Grand National. I pick out names I like; he puts the bets on. I stop watching the year they shoot my horse. Then he starts studying the form, sloping off most Saturdays to put a bet on. ‘Just a few quid here and there,’ he says. When the electric goes off I go down there, swim through the fog of cigarette smoke, ignore the men looking me up and down. He’s leaning on the counter like he’s a permanent fixture. The woman behind the till sees me first, gives him the eye. I take his wallet from his back pocket and he doesn’t even come after me.

We go to the hospital to talk about the results of your MRI scan. The doctor says words like ‘atrophy’ and ‘irreversible’. Your brain is losing more white matter than expected for a woman your age. She points at a grey blob on the screen, says this area is called the hippocampus because it looks like a seahorse and it’s important in transferring memories from short-term to long-term. She is saying yours is broken. On the way home you ask if you are going mad, and I say, ‘No, no more than before’. You ask me where we are going now. ‘Home,’ I say. ‘You’re coming home with me Mum.’

Biography
Rebecca Field lives and writes in Derbyshire, UK. She has work in several print anthologies and has been published online by The Phare magazine, Spelk fiction, Reflex Press, The Cabinet of Heed and Ellipsis Zine among others. Tweets at @RebeccaFwrites 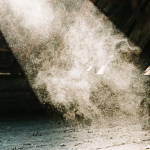 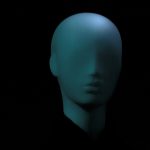 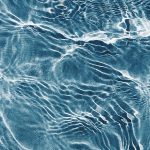 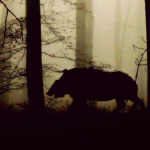