The stars shone bright and the sliver moon hid behind the Stuckey’s neon sign. They’d been driving all night and Clem’s neck was knotted so tightly she could barely turn and look when Drew spoke to her, in that rough and aggravated tone that meant they better eat soon or someone was going to get hurt.

“Open,” Drew said. “And the coffee damn sure better be hot.”

Clem pulled the car in and flipped off the headlights. When they left California, they’d talked for hours about hope and dreams, about the way the world ought to be—the way some of it once was—but not all of it—because it’s never been perfect, that’s for sure. But maybe it could be better—if this vacation was more than a vacation—if two weeks were two months, or two years. If that deal Drew’d been working on would ever come through. Maybe things could be closer to how they should be.

But then the desert was too hot and too dry and the sun was too bright and the road too desolate and the gas too expensive and the locals too unfriendly. Then too friendly. Then they dared to exist at all. And Clem got quieter, hour by hour, and then day by day.

And now they’re at a Stuckey’s in West Texas at two in the morning and Clem would give anything for five goddamned minutes of silence, to walk straight off into the barren night and lay down in the dirt and gaze up into the stars and count them very slowly and deliberately, as if that was all that mattered. As if it wouldn’t cost her a thing.

“You coming?” Drew yelled from the curb, cigarette dangling off the side of his mouth. “I’m fucking starving already.”

Clem dug her hands deep into her pockets, closed her eyes, and began to hum Twinkle-Twinkle-Little-Star to herself as they made their way into the restaurant to order pancakes and eggs and sausage and talk about how much better the world would be if only everything about it were different.

Biography
Mary Lynn Reed’s fiction has appeared in Mississippi Review, Colorado Review, The MacGuffin, Sakura Review, and Litro Magazine, among other places. She has an MFA in Creative Writing from The University of Maryland. Links and updates can be found at marylynnreed.com. 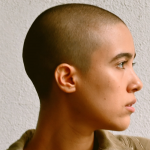 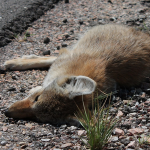 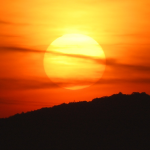 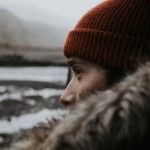 We Can Say This Out Loud by Ben Slotky