At the dinner table, his mother’s flesh spreads like warm, pale jelly over her chair. His father sits at the head of the table; he is simmering and sour. Tom covers his ears to drown out the fat, wet noises erupting from the mouths of his parents as they eat. He looks at the grey meat on the plate in the centre of the table; it is surrounded by dishes of mashed potatoes, potato croquettes, dumplings and two gravy boats.

‘Eat the meat,’ says his father. Tom looks up and takes his hands away from his ears. His father’s lips are smeared with grease.

‘Eat the meat,’ says his mother. She stabs her fork into the meat and drops a piece of it onto his plate. ‘If you’re not going to eat your vegetables, then at least eat the meat.’

At eight years old, Tom knows that potatoes are not vegetables just as he knows that the meat is not pork.

Tom looks down at the dead thing on his plate. There are flecks of pink in the snotty liquid oozing from the coagulating lump.

‘Eat,’ says his father, ‘Do you know how hard it is to get this kind of meat?’

‘Eat, says his mother, ‘It took all your father’s strength to bring it down.’

Tom looks at the grisly mass on his plate. His parents get the best cuts; he gets the left-over bits of fat and gristle.

There is a clatter as his father’s knife and fork are thrown down in anger. Tom is no longer scared of his father; he is just hungry.

‘I want the best bits; I don’t want this … shit.’ He stares into his father’s eyes, noticing for the first time the yellow tinge and the veiled madness lurking there. Not long now, thinks Tom, and he looks through his father at the chair that will soon be his.

He smiles at his parents and walks to the kitchen. He finds tomorrow’s meat in the fridge. It’s not cooked but that doesn’t matter. He takes the whole joint and burrows his head into it. The meat tastes like soil and his mother’s womb. He sucks up the blood and tears at the raw flesh but he knows it’s not enough to stem his appetite. As his father lifts him up and away from the fridge, the boy puts his arms around his father’s girth, thinking of the plentiful meat that covers his father’s bones. When he is grown, he will be strong enough to bring down his father and then he will have the very best cuts of flesh. He will sit in his father’s chair and throw his father’s gristle to the walking meat that calls itself his mother. 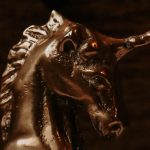 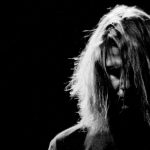 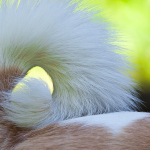 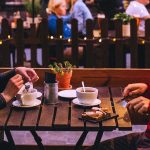