The sun was coming up as I reached the Atchafalaya Basin and I stopped on the elevated stretch of highway cutting through the swamp to watch nature showing off. Mist rose like smoke through the cypress, burnt red and yellow by the dawn bursting over the horizon. Then I was back on the road, tyres thudding on the blacktop as it reeled away under the car. Willie Nelson on the radio, On the Road Again. I was in the groove, tuned to the rhythmic thrum of traffic coming and going, the miles slipping by. On the road again.

I’d left Pensacola in the early morning, still fully dark, to be through New Orleans and Baton Rouge before local traffic built. She’d be up now, drinking her first coffee of the day; mussed hair like a blonde halo, wrinkled t-shirt, bare feet. I planned to call her when I stopped for gas, say good-bye. Would I? Probably not.

Red Hot Chilli Peppers, Road Tripping. Mellow. Soothing. Go west, young man. Alabama, Mississippi, Louisiana, Texas. Then what? Mexico? Why not? I took a couple of bennies with a can of Coke, no need to eat, no need to rest, keep on cruising.

Afternoon came and the sky over the Gulf was a bruise, a plum coloured smudge lit by sheet lightning. Storm building; rain before nightfall. The air conditioning was cranked but I opened the window anyway. I wanted the noise, the buffeting air stream, hair riffling in the breeze. I wanted to feel.

Springsteen was hollering at me, Born in the USA. Little towns with forgotten names then Houston, San Antonio and onwards towards Laredo on the Rio Grande. A handful of bennies, can’t stop now, no time to sleep. Rain splashing, the wipers slashing, headlights cutting through the night. Keep going, keep moving.

Momentum. A body in motion tends to stay in motion. Newton’s law. Driving on in driving rain. Foot down; eighty, ninety, a hundred. The wheels slapping the concrete faster and faster. Radio full blast, Tina Turner belting out Proud Mary: Rollin’, rollin’, rollin’ on the river.  Yes, I’m rolling, on a concrete and tarmac river.

I’m on the road again.

Biography
John Alty is British, has travelled extensively and has lived in Hong Kong, South Africa, USA and Canada. He now lives in England with his wife. and writes for the pleasure of it. He has been published in various magazines. 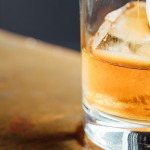 Monster in the Bottle by Lisa Fox 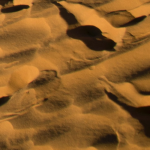 Quicksand by B F Jones 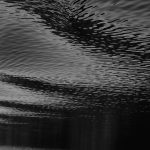 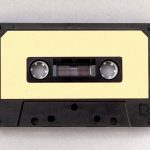