He doesn’t fully lower the laptop lid, as though, an onlooker might think, mindful of suffocating the people he’s just been talking to.

He pulls the lid up again, walks away.  When he returns, it’s with a hammer.

The uncurtained window behind him is filled with green light, evening sunshine filtering through tree leaves outside as his forearm oildrills up and down, up and down.

Enough… attention seeking!  {Shards of plastic spray everywhere, a tossed round of Scrabble as he tears into the keyboard.}  Enough clawing for affirmation!  {The liquoricey screen cracks but it’s surprisingly tough.  He sees himself, dully, darkly laying into it.}  He pounds repeatedly, thinking of all the listed films and albums and books and biscuits and everything else of his mainstream suburban tastes he’s exposed (hours spent choosing for maybe five people to see), the requests sent to radio shows (for the music of his name said aloud by someone famous), the completed polls, the elbowing into strangers’ Tweeted chats, the contests entered for unwanted prizes, the constant appeal for validity, for approval that he, as him, exist as he does.

The window holds darkness by the time he’s finished.

On his knees, sat on his heels.  Hands in his lap let the hammer drop to the floor.   Head down, he hears his breath, shallow at his lips.

He hears the birds singing at the dusk.  A riot of song.  The tree by his window ablaze with noise.

He hears or feels the blood thundering in his arms, his neck.

Rushing into the centre, filling the void.

He knows what’s coming next, hears the distant rumble, and rakes his fingers through the smithereens around him, knowing they’re of no use now.

Himself.  His Own Thoughts.  Slouching toward him in the indigo gloom. 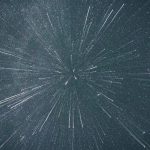 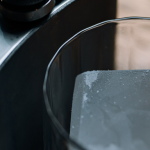 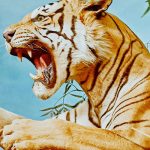 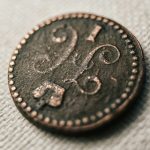 I Am Coin by Rosaleen Lynch