Mum never calls. It’s an unspoken rule since I left home. It’s down to me to call and I do so, on Sundays, generally late afternoon. Phone in one hand, cloth in the other, I go from room to room, dusting, patting couch cushions, rearranging frames on shelves while we talk. I can picture Mum in her lounge, sitting on a straight-back chair, stroking the spine of the book I inevitably tore her away from. We catch up for a bit before one of us mentions dinner needs tending to; and we hang up, satisfied with our organised, functional relationship.

Like every rule, there’s an exception. Mum never calls unless someone dies. I noticed the pattern after the third death and now, anytime I see her number flashing on my phone’s screen, I anticipate the worst. Those calls will start as the usual ones, first she’ll enquire politely about how I am, and mention the weather, before making the dreaded announcement in an off-key tone, a childish voice, shock sitting tightly on her larynx.

Her breathless babbles would trail off as I’d adjust to the news, wanting some quiet to process it but she’d carry on talking, telling me who found out, how they found out, what happened; she’d drown my brain with information, memories and too many adjectives, talking more on those days than on Sundays, listening less, processing her grief there and then on the other end of the phone.

Yesterday, Thursday morning at 9.03, Mum called. I picked up, wanting to bark “Who is it this time?” as dread slowly rose from my neck up, making my temples thump. I took a shallow breath and answered with a “Mum? Everything OK?”

And everything was. Mum just wanted to talk. On a Thursday at 9.03.

Then I remembered: we’re the only ones left, everyone else is gone.

And I gripped the phone a bit tighter.

Biography
B F Jones is French and lives in the UK. She has stories in various UK and US online publications. Her debut collection, The Fabric of Tombstones, is published by The Writing Collective. 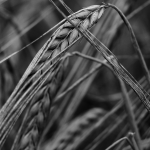 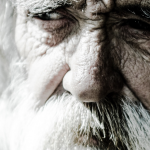 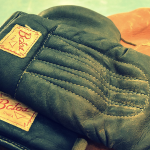 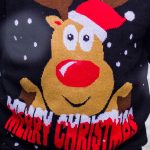