They slice her open and hack at her bones in the troubled silence of bips and bleeps, in the wafting smells of TCP and haemoglobin. They clasp a metal beast around her spine, it claws at her flesh, her organs.

It’s the only way, they said.

When she comes to, there are tears wetting her face. Pain and relief. And that same smile as the one on that picture stuck to the fridge with a rainbow shaped magnet. Its corners have curled in and it’s covered by the slight gritty film of age and acrid smoke from many burnt meals.

She can make the blurred shape of him and them, their little arms around his leg and waist as they take in the gaunt figure in the blue cotton gown.

She closes her eyes again, exhausted. Floats away in a mess of colourful lights and the tinkly notes of memories. There’s him again, there’s the one before him she never lets herself think about, there’s her sister, her flatmate from 2001, laughter, music, sunrises, waves licking her toes, there’s her parents with the same look on their faces as the time she came home with a broken nose, there’s wounds oozing blood and pus and heartbreak, there’s scars stitched with soft feathers of freedom, gummy babies laughing, cotton candy views from high planes, and that car jumping the light; and him again, immortalising her smile and sticking it on a yellowing fridge. And them.

She drapes her arms around their little bodies. She wants to squeeze them as hard as she loves them, but they dissolve within her weak arms, their soft flesh now speckles of sand running through her inert fingers.

And on her face, the remnants of that smile.

Biography
B F Jones is French and lives in the UK and writes poetry and flash fiction. Her two poetry collections, The Only Sounds Left and Five Years, and flash fiction collection, Artifice, were all published by The Alien Buddha in 2021. 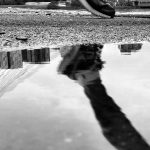 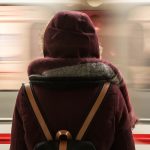 Between Stations by Anna Spence 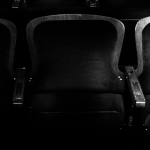 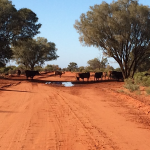