On dates, he likes to trot out the guessing game about his job to spice things up; it never fails to grease the wheels of conversation on the occasions that they’ve ground to a halt. He makes suggestive eye contact over his steak, whispers ‘it involves being naked’ to scandalised eyes and screamy giggles. When they come home with him they often ask him to wear his apron.

He always picks the ones he knows will bite, swiping left and right with methodical precision. His tried and tested indicators don’t often let him down as he assesses the overall vibe: how much make-up they’re wearing, the absence of anything political in their bio, a faint but distinctive whiff of low self esteem. The only time his radar had been slightly off was when Kayleigh, 23 from Woking, had played along with the game, then frowned seriously and asked him if he ever felt like he was being exploited. He didn’t meet up with her again.

Being a Butler-in-the-Buff was not something that he would have initially considered, but running his own personal training business had proved tougher than he’d thought. The early morning sessions were a killer, and hauling himself up at 5am to help Fat Graham get a six pack so he could win back his ex-wife no longer held the same appeal. Evening work suits him better – no early starts, and more time for the gym during the day.

He’s working tonight: another hen-do. This time it’s for someone called Fran, who’s accompanied by a troupe of fifteen rowdy thirty-somethings. They’re mostly attractive, though brittle in the way that those fearing the loss of youth often are, an extra sticky layer of lip gloss for each new grey hair discovered. Three of them are using breast pumps; he knows from experience that it’s the new mums you have to watch out for. It’s their one big night and they’re determined to squeeze every last drop from it, their desperation as loud and all-consuming as the offspring they’re trying to escape.

The evening proceeds largely without incident, the bride-to-be screeching happily as he presents her with a penis-emblazoned cake with sparklers sticking out of it, as instructed. After the guests have had their fill, they skitter off to the living room to play Pin the Penis on the Groom. He slips away to the kitchen to get a glass of water; it’s hot in here. ‘Oooh, clammy!’ one of the ladies had shrieked, clamping a hand on a glistening buttock as he’d handed round a plate of mini-quiches.

A crashing sound brings him out of a solemn appraisal of his reflection in the dark glass of the patio door. As he turns a woman lurches into the room, ricochets off the wall; a tube of Pringles skids across the floor. She’s well on her way to being very drunk and moves like jelly in a bag, though she can still hold a conversation.

‘Jus’ getting some prosecco,’ she mutters, sweeping a handful of crisps from the buffet as she searches. Up close he sees that she’s much younger than most of the guests, late teens perhaps. Maybe a little sister or something. She sidles over to him, looks him up and down. They observe each other silently in the reflection of the patio door.

‘So, is it fun?’ she asks brightly, eyes glazed.

‘You know,’ she grins, poking his bicep. ‘Butler-in-the-buffering. A life of servitude.’ She lingers over this last word, rolling it around on her tongue, laughter bubbling in her throat. He’s thrown off balance; he’d thought he was seducing her. It’s Kayleigh from Woking all over again. He adjusts his apron, feeling suddenly very naked. Before he can respond to her she meanders back over to the buffet table and takes an enthusiastic bite of a mini pizza, then turns and locks eyes with him again.

‘What’re you gonna do when you get old?’ she asks. She says it in a way that implies that old age is a phenomenon that happens to other people. Not her, with her crop top and tongue piercing, the certainty of collapse and decay as mythical as a unicorn in her sphere of consciousness.

He stands open mouthed as with dizzying speed she twirls away and grabs a bottle of prosecco with the hand that’s not currently shoving pizza into her mouth. She clatters out of the kitchen as loudly as she’d entered, whooping extravagantly as the Grease Megamix begins to play. He leans against the kitchen counter and his perfectly chiselled six-pack trembles with a growl of hunger, so loud that even John Travolta and Olivia Newton John can’t drown it out. Feeling woozy, he drifts over to the ransacked buffet and hovers over a cupcake that bears the legend #Franoffhertits2020 in pink icing; the scent of sugar sparks up parts of his brain that have languished unstimulated for years. He hesitates, then stuffs the entire thing in his mouth, then another. Then another, until they’re all gone, edible glitter scattering chaotically over the tablecloth as he guzzles. Shaking, he wipes his mouth with kitchen roll, shocked at his behaviour. He catches sight of himself in the back of a serving spoon; the warped face of the man staring back has buttercream smeared across his chin. After taking a minute to compose himself, he fixes on a smile and re-enters the fray, where someone immediately thwacks him over the head with an inflatable penis. He breathes deeply and resolves that he will do one hundred extra press ups tomorrow.

Biography
Katie Oliver writes flash fiction, poetry and short stories. She has been shortlisted for the Bridport Prize and the Bath Flash Award, and was awarded an honourable mention in the Reflex Fiction Winter Competition. She has further work published by Dust Poetry, Funny Pearls and Popshot Quarterly. She can be found on Twitter under @katie_rose_o 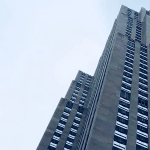 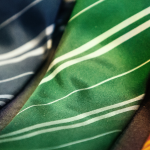 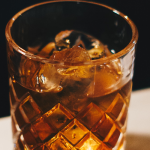 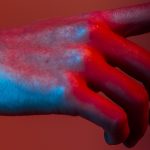