Sarah and I arrived on Christmas Eve, just in time for lunch, then spent the rest of the day between the spa and the pool, the restaurant and the bar, the snowy grounds outside and the open fireplace; waited on hand and foot by staff who made it feel like it were all just for us.

Late on Christmas morning we opened our gifts in the comfort of our own room, sat below our own private Christmas tree, with a bottle of champagne between us. She had all the excitement of a child as she nodded towards the gifts. Seven parcels under the tree: four of them from her to me, I to her only three. She insisted I go first, and I opened them one by one. The first – a briefcase with my initials on it, embroidered in gold stitching – was, I decided in one glance, more expensive than everything I got her combined. The aftershave and the book of poetry that followed I opened in a rush. Then came the box-set of an American drama, which everyone at work had told her was great, and she thought we might watch together. Or not. It was not her thing perhaps, but I should like it. I don’t know, I wasn’t really listening. I was looking at her presents, dreading that the main one wasn’t good enough, and trying to remember what the other two were.

In the end, after she’d opened the earrings, the perfume and the – the what? I have forgotten again. As bad now as I was then. But once all was opened I looked her in the eye as she smiled bravely through the whole routine.

Is this trip itself, not a gift? I thought it in desperation. Maybe I thought I had a point. After all, there she was, wearing the necklace I got her the year before. The phone I had bought her for her birthday was there to, somewhere. Switched off for the holiday, just as she had insisted mine was. And what of the spa weekend for her and her sister, which had come in between? I’d nothing left to offer. But of course that wasn’t the point. Of course the gifts weren’t enough – I’d known that, had expected this moment. I knew that she wanted an engagement ring, and had expected it for some time. Since her last birthday at least, maybe even ever since we’d been living together, and definitely every time we’d went out to a nice restaurant since. It had got worse and worse, to the point where in the previous few months I was scared to bend down and tie my shoe laces in front of her for fear of giving her false hope.

I knew what the response would be. Answered as easily as an offer of a cup of tea. Oh yes, of course I will, with a church ceremony and a lavish hotel reception – as predictable as milk and two sugars. It didn’t excite me. Things lose their exhilaration once they fall into routine. I had a BMW for six weeks before I remembered I’d always hoped for one as a child. Really, why do I have it at all? I only drive it at the weekends, sometimes just for the sake of it. Not that it matters. The simple fact is the car isn’t an issue, because money isn’t an issue, and that makes you feel guilty or gleeful depending on your mood. I’d have been desperate to marry Sarah, would have proposed there, below the tree, if we couldn’t have afforded it, if she hadn’t loved me.

She kissed me, refusing, as always, to show any glimmer of disappointment, and I hoped that she wasn’t too upset, although I wasn’t sure I’d be able to tell the difference.

I’m so glad we are doing this, she said. Since you’re going to be so busy now, when this new job really starts.

I’ve told you before, this job will never affect me anymore than it’s doing now.

She stood up and I sat below her like a little boy. She may as well have ruffled my hair as she said it, for how patronised her words made me feel.

Oh David, you’ll let it affect you, if you can manage it.

We made our way through the rest of the day and the only time she admitted to being upset was when she said it was a shame the heavy snow forbade us from venturing outside. A gentle enigmatic pout spread across her lips, with her hair hung loosely around her shoulders and unmade-up face. There’s plenty more we can do, I suggested, and she said she was going to lie down.

I sat in the hotel lounge and read. My eyes rolled over the same lines of poetry again and again. The mood of the hotel changed around me. A hangover from the food, the champagne, the energy and joy of the hours before. Many, like Sarah, had retired to their rooms, and the staff shifted around slowly, watching the clocks, waiting to get home to their own Christmas’s, to their own families, if they had such a thing.

When she returned she sat beside me and stared out the window. The snow was a blank white canvas around the hotel, waiting for the rest of the world to be painted on, only based on that which we knew before, or perhaps not based on it at all. She looked over her shoulder at me and smiled. I wondered what she was thinking, and accepted, in an instant, that I had no idea.

Do you see that, David, out there? The snow, it’s so beautiful, yet so unwelcoming.

She looked at me, waiting for a nod or a word in agreement, but I offered her nothing, and merely wondered if we were not sitting there, looking out at the same view, but at completely different worlds.

Biography
Andrew Maguire has an MA in Creative Writing from Queen’s University Belfast. He writes Way Out West, winner of Best Blog at the 2017 European Digital Communication Awards. He’s part of the organising committee for the Omagh Literary Festival, Honouring Benedict Kiely. His work has been published, or is due to be published, in Blackbird, The Incubator, The Cabinet of Heed, The Honest Ulsterman and the Bath Flash Fiction Anthology. Twitter: @MaguireAndrew 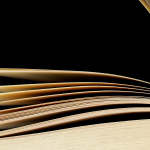 The Word Swallower by Emily Devane 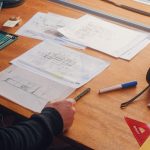 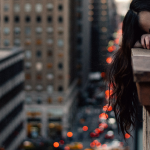 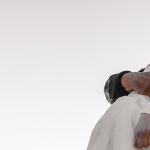