The man who sits all day in the hot afternoon sun can only see out of one eye. Covered by a thick and egg-white ooze, the eye moves, and the film moves along with it, as he shifts his gaze. When he looks at you, it‘s hard to look back.

He fidgets, his hands shake erratically in an unnatural way. He struggles to get comfortable on a dirty and faded doormat. The mat once said WELCOME, now only two of three letters are visible. The rest of the word noticeably worn off through the years of his continuous shifting and rocking to and fro.

Most of his day is spent looking out at the cars and carts as they move about the parking lot. Customers coming in and out of the large grocery with charcoal for their grills, ice cream for the kids, soda for the picnic. He tilts his head, thrusting forward his good eye to get a look at the people around him.

Loud noises make him scream. He pops up as if coming out of a toaster, yelling at the wind, billowing in the direction of the slamming car door, or the young child in the middle of a full tantrum.

“Get out, get out,” he repeats, red in the neck, sunburned lips opened to make the loudest sound.

No one notices. No one turns to look or stare. The town knows him, and what he once was. A football star, a motorcycle daredevil, a Homecoming King, the grocer’s son. All these things that once were, but now are not.

A tall well-groomed lady brings him a sandwich and an iced tea. He grabs it in a lunge, swallowing the drink down in two large gulps. With his one eye on her, he smiles out of one side of his mouth. He nods a thank you. For that minute he seems to be in reality, connected if only for a blink.

“Your welcome, son,” she says in a whisper while the baseball game in the adjacent field gets underway under a New England sunset.

Biography
Lexi Butler is a writer and television producer living outside of Boston. Her writing has appeared in Brilliant Flash Fiction, Potato Soup Journal, The Loch Raven Review, Press Pause Press Anthology and Tipping the Scales Literary Journal. She was a semi-finalist in the 2021 River Styx Microfiction Contest. She has an MA from Emerson College in Media and Visual Arts. Twitter @thelexibutler 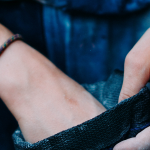 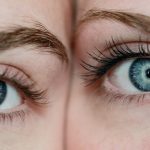 Better Than by Tommy Dean 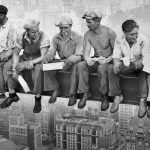 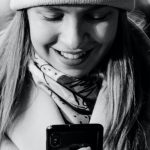