FUCKING
In high school, Hailey told the few friends she had that she’d walked in on her parents doing it. She said that when she saw their limbs in the half-light, all bunched together moving in ways they shouldn’t, she vomited. ‘They looked horrific,’ she said, ‘like a giant spider feasting on something   ̶ a cat maybe, or a rabbit. Something cute, something they should’ve been looking after.’

FOLKLORE
When she was seven, Hailey had a babysitter who convinced her that spiders never stopped growing. ‘It’s why,’ he said, ‘you must crush them with a boot or trap them under a glass and leave them until they’re curled-up dead. Never,’ he said, ‘go walking in the woods alone. No one could catch and kill every spider there, right? The woods are where the spiders the size of badgers are.’

The thought of being bound in thick, sticky web, of being turned over and over as course hairs grazed her face, kept Hailey awake for weeks.

FREE WILL
There is no such thing as spiders. They are, in fact, detached hands. Wizened appendages of disappointed friends and ostracised relatives  ̶  weaving, scuttling, interfering. Hailey’s known this since she woke to find one tying her hair in knots and another removing the eyes of her favourite stuffed bunny. Later they messed with her diary, added hateful thoughts about her sister, her mother. Left the pages open.

These days, Hailey has a can of Raid in every room. She keeps the windows locked, the sinks plugged. One summer she caved. Her husband couldn’t sleep; he needed air, a breeze, some sense of movement in the bedroom. The spiders came. They unpicked the stitches in Hailey’s favourite work shirt, sent emails demanding restitution, resignation. They scuttled to her charging phone and text her ex every filthy thought she’d never had about him. Tickled her husband’s nose, so he slept badly,  making him irritable, less easy to love. Fed Hailey birth control pills in her sleep. If her babysitter was right, she would be fifty before they reached the size of Labradors, big enough for collars and cages to sleep in while she planned out the rest of her life.

Biography
Anika Carpenter lives and works in Brighton, UK. Her stories can be found online in Ellipsis Zine, The Molotov Cocktail, TSS and Janus Literary.  Her work has been shortlisted for the Bath Flash Fiction Prize and the Bridport Prize. You can find her via her website anikacarpenter.com or on Twitter @stillsquirrel. 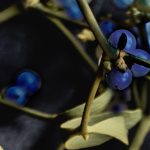 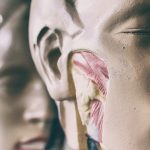 Beyond the Body by Lynsey May 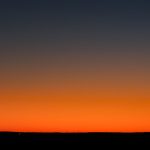 Let Him Watch by Eilise Norris 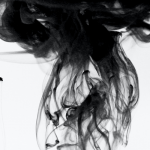