I took my goldfish to see the aquarium manta rays. What do you reckon? I asked. “Meh,” he said. “That sting in their tale didn’t do them much good. They’re stuck in a giant fish tank.” I guess, I agreed, but I was disappointed with him. I fed him a little less than normal that night.

(I looked at my BA in English Lit, my Masters in Art History, the paintings I’d spent weeks on as a teenager, the pictures from magazines I’d cut up for never-made collages. Thousands of hands and eyes, and fish, of course. I thought of my job, of MS Excel, of the monthly report I was late with again, of Tuesday’s presentation on cutting downstream costs, about how many people would lose their jobs so soon before Christmas.)

The next day I took him to the coast, where yellow diamond signs with bold black borders warned swimmers to beware shark attacks. “Fear is not the same as respect,” he said. To an extent that’s true. But you can’t deny most respect contains a certain amount of fear. “I can deny anything I want,” he said. “I’m not afraid of you.” That night I left his bowl too close to the AC, so his water would be colder than he liked. Serves him right for being disrespectful.

(My father, a strict man, sometimes shouted at me for breathing too loud when he wanted to watch something on TV to relax after work. The day, aged eighteen, I hit him. Him a few years later, with cancer, still unable or unwilling to forgive me, asking my mother to refuse me entry to his hospital room. Her apologizing, then relenting and telling me to go in but to be quick. I wish I’d gone in. To know I could’ve visited him on his deathbed but didn’t. It’s embarrassing.)

I took him to the museum, and we walked around the skeleton of the blue whale. “Dead,” he said. I sloshed a little of his water out of the bowl and on to the floor, as if by mistake.

(Not sure whether to give up on the idea of true love. Afraid it might be a choice between living in steadily increasing disappointment OR crushing loneliness interrupted with brief moments of discovery and joy. So many failed relationships. Is there something wrong with me? Do I expect too much. Or allow too little.)

On the way home, we stopped in the park, and he asked me to tell him about the things in the sky. Birds? I said. I hate birds. They shit on everything. He said nothing, but later, when I wanted to leave, insisted we stay. He was watching the birds, waiting, I knew, to see one of them shit. Once one had, he said we could go. He was happy now.

“You,” he said to me, back home, “know nothing what it’s like to be a goldfish.” Aren’t you supposed to have short-term memory? I said. “I don’t remember,” he smirked.

When I’m not there, he swims in circles. He likes to eat food before it hits the ground. He never examines his reflection, and I don’t know if that’s because he does or doesn’t know what a reflection is. He’s not really gold. I gave him a friend once, but the friend died. What sort of music do you like? I asked, and then I laughed. You don’t even know what music is! And I’ve no idea what it’s like to be a goldfish. Not even sure what it’s like to be me. I might’ve done this all wrong, but I don’t know how to start again.

Biography
Christopher James lives, works and writes in Jakarta, Indonesia. He has previously been published online in many venues, including Tin House, Fanzine, McSweeney’s, SmokeLong, and Wigleaf. He is the editor of Jellyfish Review. 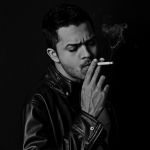 The Right Ones by David Alexander 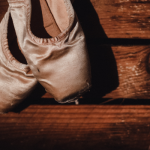 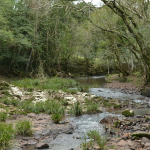 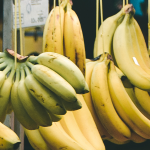 The Girl Who Sells Bananas by Amber Aspinall