They had been talking for what felt like hours before Christopher noticed the walls crumbling down around them. He’d been too transfixed on the movement of her lips when she spoke, the way they elongated with certain syllables before coming to rest, full and slightly moist.

He had noticed her when she arrived in the reception area, several feet from the elevator bank on the seventy-fourth floor. She wore a forest green blouse and might have been banal vegetation in his peripheral vision had she not smiled at him.

It was a smile that invited him to return one of his own, though the gray whiskers on his cheeks were like lead. Still, he nodded his head to her by way of introduction, as to not be rude.

She approached him and began to speak.

“Quite a tall building, huh?” she said. The comment was akin to trivialization about the weather.

“I’d say so. My elevator went up to the 90th floor, but I believe you can switch over and go up another twenty floors.”

He had said far more than he’d intended, but by now he realized she was watching him attentively and a warm glow bloomed over him, the kind of feeling he hadn’t felt since well before Carla left him for the tennis pro at his former country club. He relished the idea of being watched by this woman, her large doe-eyes taking in his haggard face and rewarding it with a rich smile.

She then inquired why he was there and the conversation began to take on a life of its own.

She spoke to him as if she had always known him, and he lapsed into a familiarity he did not even know he still possessed.

It was this fluidity of conversation that delayed his understanding that something was off. People were scrambling, their eyes wide with fear. And the walls—yes, the walls—were actually coming down around them.

The fear consumed him like a fire leaping upon a shirt doused in gasoline. “We’re going to die,” he said, unable to comprehend his own voice.

“Christopher, look at me,” she said, taking his hand.

It was the first time she had touched him, and the softness and warmth of her hands pulled him back into her eyes.

“It’s going to be okay,” she said, her words so calming he was forced to consider them. It was only then that he realized he had never told her his name.

“Just hold my hand. It’ll all be over soon,” she said.

He took her hand, just as the floor dropped from underneath their feet. He could no longer make out the screams, the debris, the smoke. He could only feel her hand as they descended.

Biography
Ran Walker is the author of sixteen books. He works as a creative writing professor at Hampton University in Virginia. 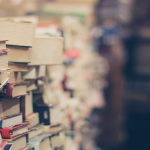 A Place for Everything by Jayne Martin 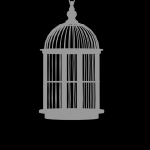 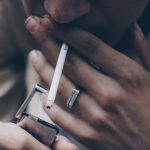 This Week by Alex Rankin 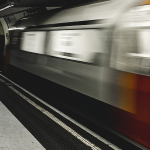 The London Underground has 270 stations, alphabetically ‘Angel’ is number 6 by Laura Danks