During his math test, Darwin talks about watching his favorite shows on Hoolahoo. The one about the lightning guy in red is his favorite. The guy who can run real fast, cross between dibensions, time trabble.

His repaired cleft lip slurs his speech, makes his Double-Yoos Wubbleyous. Ars, Awes. Makes other kids do impressions of him when there aren’t any adults around.

Even with adults around, they whisper, giggle.

He says he wishes he could run fast like the lightning guy. Says he’d play jokes on all the kids in class to make them laugh. He says, “Then I’d go back in time and do it again. The same joke over and over. So they could laugh forever.”

He says he wishes he could zoom into the schoolyard to stop bullies. Flash into a room wearing all red, crackling with golden electricity to stop fights. Be something to somebody at precisely the moment they may need him.

But when they laugh, he smiles.

It doesn’t matter to him why they’re laughing either. Darwin will smile like he’s living a dozen lifetimes in one moment. Over and over and over. Nothing but teeth and watery eyes and aching stomach muscles forever.

Biography
Nick Gregorio lives, writes, and teaches just outside of Philadelphia. His fiction has appeared in Crack the Spine, Hypertrophic Literary, Third Point Press and many more. He earned his MFA from Arcadia University in May 2015. His debut novel, Good Grief, is available now from Maudlin House. For more, please visit: www.nickgregorio.com. 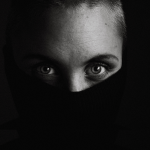 The Orphan Handler by Chaya Bhuvaneswar 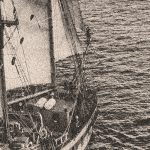 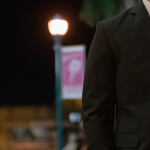 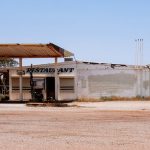