On the train and I take out my phone and Richard Clandon’s WiFi hotspot is nearby and I look up Richard Clandon and there are the usual Facebook and Twitter and LinkedIn profiles and I look at the first LinkedIn profile and the Richard Clandon whose profile it is is the same person sitting opposite me also looking at his phone oblivious to the fact of me looking at him whilst also looking him up and within a few minutes I know that Richard Clandon is a marketing assistant for HmHb before which he was a junior marketing assistant for KPJG before which he was an intern at the same firm before which he was in an unclear capacity at PGHF and there was a year during which no employment occurred before which he studied Marketing at Leicester University (2:2) before which he attended St Mark’s Sixth Form College and School and his interests according to his LinkedIn profile range from business and marketing to global markets and are not replicated on his Facebook profile the photo for which is different to his LinkedIn profile photo but is still the Richard Clandon in front of me albeit with sunburn and a 500cl can of Kingfisher lager and this incarnation of Richard Clandon enjoys F1 racing and posting photos of motorbikes that aren’t obviously his and has strong opinions on Brentford F.C. and regularly engages in banter with Gerald ‘Gez’ Mullane and likes expressing his opinion on the attractiveness of various female Facebook users and commenting positively on their photos or posting approving emojis whilst also being keen on raising awareness of a rare blood disorder afflicting a small child who it’s not clear is known personally to Richard Clandon but he has donated £20 to the child’s online appeal and exhorted his friends to do the same and he thinks news presenters should wear the poppy all year round and believes all prospective UK citizens should swear an allegiance to the Queen and loves skiing in France but thinks the French are rude and abhors racism towards footballers and has acknowledged comments he once made as a child on the terraces in the presence of his dad who even though he was far from perfect still brought Richard Clandon up to be the man he is today and RIP dad on Richard Clandon’s dad’s birthday and Richard Clandon is thinking of everyone who’s lost a parent too soon and has made comments over the past few years that might be considered racist or xenophobic although he also features in a number of photos with people of a different skin colour to him and they seem to be friends but maybe he can stop those friends from seeing those comments and Richard Clandon also likes Coca Cola and Tommy’s Infant Support Unit and A Nice Cold Lager At The End Of A Long Working Day and Men’s Health Magazine (UK) and Fit Bit Fanatics and hot curies (sic) and classic ROCK!!! and Indie Hits and Apu from The Simpsons and the NHS and Topps Tiles and Superdry UK and TUI (formerly Thomas Cook Holidays) and ITV and Spoons and liquorice allsorts and Dave’s Plumbing and Benidorm and Give My Dead Dad A Knighthood and PG Tips and Jimmy Carr and Corsa Owners United but he hates his boss Richard Clandon does he thinks he’s a cunt which statement his friends find so funny they’re crying and are horizontal on the floor but Richard Clandon’s grandmother doesn’t like his use of the word and Richard Clandon is sorry but he doesn’t know how to delete stuff on Facebook and over the course of the last few days has had the worst hangover ever and met up with his oldest mates and loves his job and is living his best life and just ate a raw egg sandwich he thinks and nearly died laughing remembering the time Gerald ‘Gez’ Mullane shat himself and misses his dad and had the best birthday ever and was born on the thirtieth of November nineteen-eighty-six and can’t remember his PIN and saw Awakening and didn’t think much of it but enjoyed the tortilla he had afterwards at Sombreros takeaway below his flat which I can see from a Google map search of the restaurant plus Street View has a black door and it’s obscured but you can pretty much make out that it’s 37A which tallies with the address that Richard Clandon posted a couple of years ago along with his phone number for his thirtieth birthday party which was being held a day early because who the fuck would come out on a Sunday night and the photos from that night make it clear everyone had a good time at Richard Clandon’s thirtieth birthday party and at the end of the album Richie’s Epic 30th is a photo of Richard Clandon shirtless and passed out on a bed with a tattoo reading ‘Pops’ on his arm in memory of his dad he explains in a comment underneath the photo who died when he was ten and it’s this tender detail that leads me to copy the phone number from Richard Clandon’s post of two years ago paste it into my phone and send to it the message ‘I lost my dad when I was a kid too’ and it bippety-beeps its way to Richard Clandon’s phone inspiring a confused and distressed expression which is quickly replaced by one of anger and his response of ‘WHO THE FUCK IS THIS?’ bippety-beeps onto my phone the coincidence of which is too much for Richard Clandon who looks up from his phone at me just as I’m looking up at him and it’s the lingering recall of the tattoo that leads me to look straight into Richard Clandon’s eyes and lean forward and lay my hand upon his knee overwhelmed by empathy and love for a stranger but which action is the primary cause of everything that immediately follows.

Biography
JL Bogenschneider has had work featured in a number of print and online journals, including Bandit Fiction, Cosmonauts Avenue, Lunate, 404 Ink, PANK and Ambit. His chapbook, ‘Fears For The Near Future’, is available from Neon Books. Follow him on twitter: @bourgnetstogner 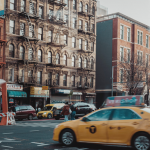 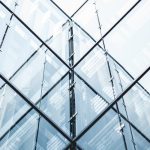 No Dark Surprises In My New Transparent House by S.A. Greene 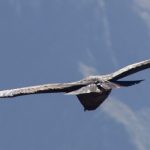 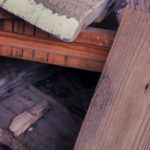