When Blake died, I saw his soul emerge from his body. At least, that’s what I assume it was. He took a final breath, a laboured drawing in of air, and when he exhaled for the last time, it was almost as if he was blowing out smoke. You had your back to the window and were facing into the room, into the shadows, so you didn’t see it. I think your eyes were closed anyway. But I was sitting facing the window and the light caught the vapour as it billowed out. It had a blue tinge, but as it roiled and turned in the air I saw whisps that were faintly touched with pink and yellow too. And it didn’t disperse, as smoke or warm breath on a cold day does. It drifted up towards the ceiling and hung there.

You were holding his hand and must have felt some subtle shift or alteration because you looked up then and we stared at each other across the body. You knew. I knew. And you knew that I knew. You nodded to me, a tiny movement of your head and a change in the cast of your eyes. And then, you started to cry. No sobs, no words, just tears.

I waited. I would not cry for him. I could not. Not after everything he had done to us.

I looked up again and there it was still, his soul, I suppose, hanging there. Cosmic dust, it span slowly in the shadows up by the ceiling and I was reminded of those images of deep space captured by the Hubble telescope, of spiral galaxies spinning slowly in the vast expanse of nothingness, millions and millions of years in the past.

We sat in silence for ten minutes and that strange smoke coiled and billowed gently above us. You had stopped crying and it seemed to me, as I watched you, that a weight had been lifted from you too.

Perhaps it’s not his soul but his ghost, I thought.

Eventually, I went to the window and opened it. I pushed it as wide as it would go and a cool breeze came in and filled the room and I saw that insubstantial thing caught and pulled away and then it was outside and it was gone.

Biography: Ben Tufnell is a curator and writer based in London. Stories have been published Elsewhere, Litro, Lunate, Storgy, Structo and The Write Launch, and as chapbooks from Nightjar Press and The Aleph Press. His debut novel, The North Shore, will be published by Fleet (Little, Brown) in 2023. 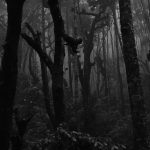 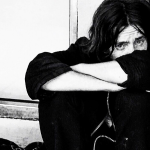 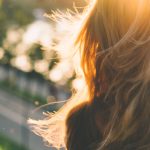 Girl Next Door by Liz Churchill 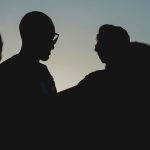 Pass Out Game by Tucker Leighty-Phillips