Every Tuesday night at 7:15 my favorite bar plays “You Wouldn’t Like Me” by Tegan and Sara. I go mostly so I can be transported back to my shitty college years. Really self-flagellate before my friends arrive. They’re tired of me replaying events for the millionth time and making adjustments big and small. I have about fifteen minutes until they show, but I look around, just in case. That’s when I see him. My ex-boyfriend. Daniel. Lounging by the fire like he has any business being in my small town when all he wanted was fame. New York. L.A. Anywhere he could get paid to pose, maybe while saying words, for money.

The gap between us is closing. My feet are moving like I’m a fish that bit into a lure. I’m following where the line leads. Up close I can tell it’s not Daniel. It’s almost him. It’s his doppelganger. His dark-haired, bearded doppelganger. And, okay, this guy’s head is a little rounder and he’s got a bit of a stomach, but I never cared about those kinds of things.

“Hey,” I say. I hate the sound of my voice. Breathy and desperate.

The Tegan and Sara song starts with a chord strummed quickly twice, then again and again before the lyrics kick in. I flinch. Identifying with this song in front of him is humiliating. All my angst and self-loathing are floating on sound waves around us.

“Hi?” Not-Daniel says. He’s clearly waiting for someone who’s not me. The low lighting and the flicker of the fire make his face—the one I know so well—seem mysterious.

“Sorry to bother you,” I say. “Do you mind if I sit with you while I wait for my friends? The last time I was here alone I got harassed, but you seem cool.”

Even the way he bobs his head for yes is identical to Daniel. “Uh—sure,” Not-Daniel says. He’s unsure, but just as invested in outmoded, mostly symbolic chivalry as Daniel. He limply smiles. He’s waiting for a woman.

I lean my elbows onto the table to get a better look. Same medium lips and same thick, non-arched eyebrows. His eyes even have the same lightning circle of white around the pupils. Unnoticeable unless you’ve really gazed into them searching for the mysteries they hold. But his beard is dark and Daniel’s too lazy to dye his beard. That’s how I know for sure he’s Not-Daniel. They’re like the Hitler clones in The Boys from Brazil. I picture an army of ex-boyfriends destroying cities with their behavioral indecision and insistence that The Shins are the greatest band ever.

I shake off that thought. “Where are you from?”

So they’re probably not related. “How’d you end up here?”

His face colors. The sign of a story, if there ever was one. “Needed a change.”

“Kind of a random place.”

He looks at me funny like he knows what I’m talking about. I wonder if I’m the doppelganger of someone he once loved. If my questions are rattling him as much as his presence is rattling me.

“I mean look at this place,” I say. “The dark brick, the beaten floors. If you scuffed the floor, nobody could tell because these floors are older than the country!”

He thinks. Really squints into the distance, like he’s scanning the past for any detail he can grip onto. “Grilled cheese.” Gross. “Martinis.” Ick. “Always finishing the chapter of the book she’s reading before taking a break.” Respect.

“That’s great,” I say warmly. “It always speaks well of a man when he loves the person he’s with.”

His eyes bulge like my hands are around his neck. He tries to cover it up with a smirk at my over-stepping, but I’ve seen under the mask. He may be Not-Daniel, but he’s still Daniel. “I think it’s a little too early to say that.”

He shifts, says, “That’s pretty personal” and gulps his beer.

“You’re right,” I say. “Sorry.” Here I am apologizing to this motherfucker for something that isn’t really my fault and certainly isn’t something he understands. His entire life is a neck beard itch, and the women in his life watch for clues because they can’t get the truth they crave instead. They’ll never be satisfied.

The waiter drops off my blood orange cider, and I glance up at Not-Daniel. “Do you believe in fate?”

“I do,” I say, shrugging. “If only because it makes life a little more magical.”

“So your life isn’t magical?”

He leans in and whispers, “Maybe you should do something about that.”

My breath catches in my throat, and I choke on nothing. My body is panicking before my brain can follow. I become aware of the moisture collecting under my armpits. And the way he knows just how to make me feel like a piece of shit, I recognize that. I remember that.

His girlfriend arrives in a cloud of strong floral perfume. She looks like me—cranky and half-sure she’s in the wrong place—but she’s not me. I’d never call someone “babe,” even if I was trying to claim a man. She’s weary but jealous, and rightly. She knows she doesn’t have him.

“Sorry, I didn’t mean to interrupt your night,” I say. “I just didn’t want to wait alone.”

My almost doppelganger nods skeptically as I rise to find a new seat. I order another cider and tap my knuckles against the table. That’s when I notice. My song ended a while ago.

Biography
Chelsea Stickle lives in Annapolis, MD with her black rabbit George and an army of houseplants. Her flash fiction appears in Jellyfish Review, Cleaver, Pithead Chapel, Okay Donkey, Hobart, McSweeney’s Internet Tendency and others. She’s a reader for Pidgeonholes. Read more stories at chelseastickle.com/stories or find her on Twitter @Chelsea_Stickle. 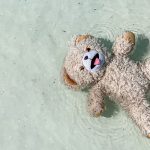 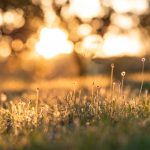 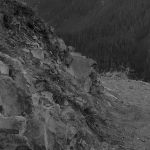 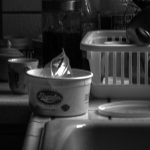 Dinner at 6:30pm by Tisha Pitkin