Lots. Four a week, most weeks. Syd had three on the same Wednesday last term.

Syd can’t remember why he gets them. Syd doesn’t cry. At least not when he bumps. Syd fell off the climbing frame at the park. Six foot drop. Hard. Bounced right up like the glittery lighty-up ball in the sensory box.

The extension is finished at home. Say the word “extension”, and it makes it seem like an extra wing. Makes it seem like we’re pretending to be something we’re not. Makes us embarrassed to mention it. Embarrassment is easy when you know how. Just a room sticking out of the back of the house. You can see the new roof from Syd’s window upstairs. A new room for Syd and Annie to play. Some space. They’re excited. I’m excited. We’re all excited. It’s a frenzy. They make up a song and sing it all the way home. We all sing. I don’t skip. They do. They’re not embarrassed. Then they discover “finished” doesn’t mean Disney world has built a theme park next to the kitchen and lose interest. Concrete is boring. The extension is finished though.

Annie’s stomach is hurting. Annie’s stomach is hurting and she got ten out of ten on her spellings but both these things are ignored because the colour of the cheese on the pizza is wrong. I check. I check and feel a cold sweat, even though I know the answer. The colour of the cheese hasn’t changed. It was the same colour yesterday. The same colour last week. It’s the same cheese on the same pizza from the same supermarket and I know this because sometimes I lay awake at night and think about it. The colour is wrong though and Annie says it’s not and Jen says it’s not and Syd bites Annie’s arm instead. Annie bleeds and everyone has to remember again that shouting doesn’t calm anything down.

A rhino scaring a dog pops up on twitter and we watch it 26 times in a row. Every time, as funny as the first. Syd acts it out. Annie is the rhino. His manic little laugh lights up the bedroom and the house feels a bit warmer than it did before. He falls asleep curled up in a ball, exhausted, wearing lipstick and a Captain America costume, at the bottom of Annie’s feet, at the bottom of Annie’s bed. She strokes her new pet. The world’s weirdest dog. She reads by moonlight. Her stomach is still hurting. The tests always come back clear. We all forgot the spellings.

Syd tells the loud man that his joke doesn’t work because the bird nearest to them is a moorhen and moorhens have red bills and heads and coots have white bills and heads and that’s how you tell the difference between the two. Syd’s voice is clear and as crisp as the mid winter morning and the loud man is confused and the woman in the fur coat laughs in a way she never will with the loud man, even if they lived to a hundred and two.

Annie says the loud man shouldn’t be feeding the ducks white bread because there is no goodness in it. She’s right and polite and she’s smiling and we’re now both dying inside because if there’s no goodness for ducks, what does the ‘substitute for every meal’ toast course do for Syd. Annie waits for the laughter but everyone is just a bit embarrassed now because the moment has gone and Annie’s five inches taller than Syd and she mumbles a bit and somehow these things matter and the man and the women walk away.

The colour of the cheese is wrong all weekend, but there’s been no shouting and the extension is finished. I look at his little pot belly and emaciated frame as he gets out of the bath and I think of Lenny Henry and Red Nose day in the 80’s and little Ethiopian children and I wonder if that means I’m a bit racist as well as a bad dad.

It’s nearly the end of the week. Nearly there now.

I’m downstairs for five minutes with Jen who’s finishing off ironing blazers. Jen is smiling. I’m smiling. We’ve reached the point in adulthood where you find solace in the steam of an iron. Then Annie screams. Jen runs first. I run next. We both run up the stairs and just stare. Syd’s window is wide open and he’s out on the roof of the extension in a Superman costume and I’m scared for his life and mine as I squeeze through the window to get him. I grab him and he flinches and I hold him tight to my chest and he hates it, because he hates being held but I do it anyway because I don’t know what else I’m supposed to do.

Biography: Gavin Crippin is a writer from Manchester. He has eight theatre credits, was awarded a place on a young writers programme at The Royal Court in 2015 and its currently querying his first novel for children. Twitter: @mealtwisted 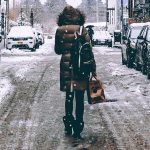 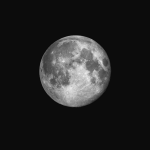 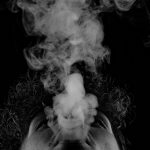 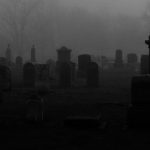