He gazed at the walls with their huge displays, at the insects with their plaques of latin names in herring-bone ink, their black veined wings pushed open like un-gloving flowers. His father, the great collector, had ordered them by genus, arranged them in symmetrical patterns that bloomed before him in bright diameters of Penny Blue, Tortoiseshell and Marbled White. They looked like the figureheads of sailing ships in a vast, blank port – or the painted masks of some lost Amazonian tribe; The Metalmarks, the Meadow Browns, the Chequered Whites and Swallowtails; The Peacocks, the Admirals, the Monarchs and Forget-Me-Nots.

When he was young his father’s obsession took up much of the weekends. He would often see him leave the house at the crack of dawn and not return until the late evening as he searched for new specimens to add to his collection. It was his mother’s idea that he accompany him on one of these solitary expeditions – a way of them getting to know one another before their estrangement became irreversibly set in. So one Saturday he found himself walking along the narrow path into the meadows behind their house, his father ahead of him, dressed head to toe in white, the long bowled net trailing behind him like a vast hood or the flowing paraphernalia of a priest. He seemed to glow in the late August sun and all around them the hedges flickered with butterfly wings as they lifted from one glimmering leaf to the next. It was as if they were walking in a strange celestial dimension and that his father were a bright giant striding through a strange and mythical landscape. He had never seen his father in this way. And he never would again.

As they sat on the grass he had listened intently as the equipment and mechanisms of the hunt were explained to him – as the delicate, bone-like instruments were laid out across the picnic blanket. It was only when his father had caught the tiny little creatures and transferred them to the killing jar that he had realised the full horror of what this hobby actually entailed. He watched as the gossamer wings shut together and the insects folded to the bottom of the glass like books closed and set down onto the ground. In a moment he understood how absurd the entire enterprise was, how pathetic the pursuit and capture of these beautiful creatures had been, how utterly pointless the notes scribbled into the rumpled leather field book. And his face could not conceal this fact from his father – it felt like a great realisation had fluttered down and landed between them – a realisation that could not be undone – and would not be undone for many, many years to come.

Since that day the butterfly room had taken on a different meaning for both of them. It had become the scene of his father’s regular punishments. Hard, sharp beatings usually caused by some accidental misdemeanour – a shattered vase or dirty footprint – a spilt glass of milk or a torn school jacket. It didn’t take much for the whole ritual to grind into action – the shaking of the head, the look of disappointment – the pacing of the floor by the French windows. Then finally he would be made to turn to the desk and his father would administer blow after blow with the heel of his slipper. The same thing would happen again and again – until he became too terrified to leave his room in case some accident would occur that might lead to this familiar routine – until he became nervous of the slightest movement – the tiniest softening of light on the curtains of his bedroom window.

His mother had pleaded with her husband to be less disciplinary – she couldn’t understand how their relationship had deteriorated so much. She thought they had been getting on – spending more time with each other – becoming more involved in one another’s interests. She had no idea that it could all be traced back to that day in the meadows when his father had swung through the cool avenue of beeches with his son – his white suit gleaming in the low sun like a set of ceremonial robes. When some understanding had passed between them of who they both were – and how the chasm between them could never be crossed again. How could she understand that with every strike he administered to their son her husband was trying to obliterate that look in his boy’s eyes – that understanding – that realisation of his smallness in the world? Nor how that moment would trap them forever in the glassy walls of his trophy room, how it would hang over them for the rest of their lives until his death years later – spluttering for air like the insects at the bottom of his killing jar.

“Where do you want these?” one of the workmen from the insurance company was nodding towards the screens.

“Take them out with the rest.”

The workman gestured towards his pal who started to lift the giant frames from the walls. Then the son followed them out to the garden where a bonfire crackled in the early Autumn gloom. He watched as the two men hauled the screens across the gathering flames. And as the glass spat and blacked – he was amazed to see the insects lift up once more – up into the smoke and the freezing air – into the columns of the drizzling rain – back to the allotments and the mossy banks; The Metalmarks, the Meadow Browns, the Chequered Whites and Swallowtails;  The Peacocks, the Admirals, the Monarchs and Forget-Me-Nots. He watched them disappear into the grey skies – as if he were rising up with them – as if his whole body had become entirely weightless.

Biography
Grant Watson is a playwright and screenwriter whose last play Perfect Blue was awarded three international awards. He has written extensively for UK television including Holby City, Family Affairs and Doctors. His poetry can be seen in current or forthcoming editions of Allegro, Nine Muses Poetry, The High Window and Sarasvati. Grant is also a singer-songwriter whose EP Figure in a Dark Landscape is due to be released in early 2020. 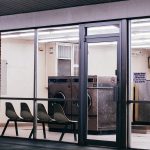 Views from a Laundromat by Zach Murphy 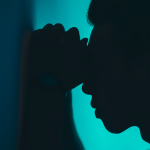 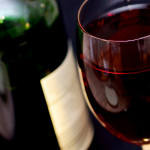 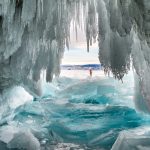