Georgina enjoyed the smell that selling a packet of cigarettes left on her fingers. The the raw earthy tang that lingered reminded her of him, of his jacket, his car. He’d offered her a smoke before but she always shook her head. ‘Worried about your mum finding out?’ he’d ask, smiling that smile. She didn’t know whether he was talking about the cigarettes or him.

She was alone in the shop with a middle-aged woman who was walking up and down the aisles, looking at random things on the shelves. Her creased hands would pick up jam jars, her head would tilt back and she’d read the label down the length of her nose. Her mum did that. It was so annoying.

She was wearing the same earrings as her mum as well; dangling blue birds, enamel, three quid from Henley’s. On her face were big, black sunglasses and red lipstick, both positioned to hide her age. Some right ones came in here.

As the woman stepped from behind the preserves, Georgina had a good look at her. She wore a knee length leather coat that was tied at the waist by a matching belt. It wasn’t bad, for an older woman. It’s probably come back into fashion from when she bought it in the seventies. Underneath was probably a cable knit sweater in nicotine brown.

The woman walked decisively to the drinks aisle, picked up two bottles of brandy and approached the counter. Up close, Georgina could see the Gucci logo on the oversized sunglasses and how precise the woman’s make up was. Her lipstick was balanced perfectly on the line of her lips and through her shades, the woman’s eyes – framed with exactly placed eyelashes – were perfectly preserved from a time that Georgina now wished she lived in. ‘And twenty Gold Stripes,’ purred the woman.

As Georgina retrieved the cigarettes the woman heaved her handbag on the counter, rifling in it for her purse. The bag contained all sorts; photographs, a lighter shaped like a small gun, crumpled pieces of paper with men’s names and phone numbers on. Georgina was so impressed she forgot to ask for the money.

Reading the amount on the display, the woman dropped the exact change on the counter, put everything in her bag and swooped out of the shop, tightening her belt as she went. Georgina watched her go, holding a packet of cigarettes she’d taken out at the same time as the woman’s; twenty Gold Stripes. She scanned them in, put the money in the till, that smell back on her fingers. Don’t worry, she’ll tell him later. My mum’ll never find out.

Biography
David is a Creative Writing student at Newman University in his hometown of Birmingham, UK. He has stories published in (B)OINK, Glove and Ellipsis Zine and runs a writing group to share his love of short fiction. 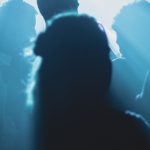 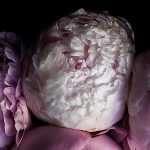 Where the Hummingbirds Go by Sabrina Hicks 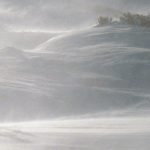 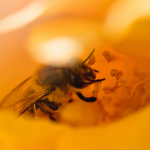 55,000 Miles for a Pound of Honey by Rachael Smart