He pours already boiling water from a kettle to a pan for eggs. I tell him I’ve not seen it done that way before. Saves time, he says, and I explain that I have been conditioned to serve time rather than it serve me. He lines up a trio of toucan-print eggcups a stretched hand span apart as though they are Formula One’s commencing a race and I tell him how much I like the vulnerability of seeing a human preparing eggs dippy enough for soldiers. The lull until the water steams. Release of fragile structure, the genuine risk of shatter. That rising trepidation about solidity or not. The angle at which a hand makes cuts to toast. Only you could talk about eggs, like that, he says and when I ask what like that’s supposed to mean he gives me plunge-down-into-the-holes-in-your-40 denier-tights eyes, tells me I talk up the contents of a chicken’s arse until breakfast is next-door to erotica. I ask if he knows how to tell if an egg is raw or cooked without cracking the shell and he says yep you spin it and if it wobbles, it’s still raw and I give him a game show wrong answer uh-uh – say nope, you put it inside your vagina and if it doesn’t stay in when you run, then it’s cooked.

From the fridge door he takes out a duck egg the precise blue of fret. The colour of trouble before you really get the measure of it. I tell him I am yearning for foods from my childhood. Tinned macaroni cheese that clogs in the throat. Spaghetti hoops in red velvety sauce, hoops that fall away to softness between the molars. I tell him I want noodles that look like blonde new perms which nuke into maggots in the microwave and speckled here, and there with green flecks of some mystery seasoning.

He kneels before me in novelty socks with ovum in left palm and I tell him how I used to measure my wrongs by the weight of an apple. The weight of a Braeburn is the same as a lost foetus. Bar of soap: wrong brand. One dropped glass, merlot on new carpet. Up close his beard has rainbow-tipped ends: rust and fallow and sun-up sand, and he is the spit of Boreas the bringer of winter in ancient mythology books. I keep on listing wrongs on my fingers and he tells me to shush about apples because the egg he holds is the colossal weight of unspent touch and I instantly know how heavy he means and when he holds it hard against my mouth – the egg – I think of peach halves, and swimming underwater.

His kitchen doesn’t have an island in it and isn’t a kitchen without an island a very rare country, these days, I say, from my seat in the window where I am huddle-kneed and sedate as a cat in an airing cupboard. I cannot remember the last time I made dippy eggs for the children, I say, and admit that it had become an implicit test of my abilities.

Eggs to be taken out of the fridge in advance to prevent a rupture as soon as they hit water. Pan must have a lid. Eggs to only enter water at boiling-point. An egg without adequate viscosity for dipping reinforced my futility as a mother.

He asks how the hell I knew all these things if they weren’t direct orders. Funny you should say that, I say, because there’s no way to prove how I feel about the ritual of boiling eggs other than that lift-dropping sensation in my guts if the phut sound came when I let eggs meet pan. Fight or flight. You know the one, I say. I unpick black cotton from between my big toe and second, a spool of some unidentifiable yarn which threatens to asphyxiate big. PHUT. I demonstrate with a colossal spittle rainbow on the concluding: tuh.

PHUT! he says and chucks me an egg to cup for its cold stimming purposes. PHUT, he says again and when he says it his cheeks hollow out. Yes, phut, I say. Phut meant shell combusting in the pan. Albumen pissing out from hairline cracks like bright white constellations. Solidified it would morph into Michelin Men. He would say to the children – no dippy in the eggs, today. Ever so sorry boys. Tricky to get right, eggs, I’d say to the children but judgement had already been gifted them with acidic bright ribbon. The woman who can’t boil eggs and other stories. So, I wasn’t told to do anything at all, really, I say to him, but it would be my responsibility if eggs went wrong and his eggs – when he boiled them to correct my bad – were always text book ones by default.

Biography
Rachael Smart writes short fiction. Her story ‘Steep it the Colour of Hedgerows and Two Sugars’ was chosen for Best Microfiction 2021. Her chapbook ‘Ways to Fold A Swan’ is upcoming with Seventy2One. She is bang into neology. 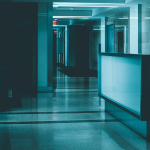 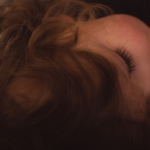 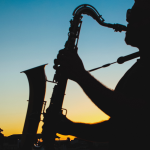 The Square on the Hypotenuse by Sarah Mosedale 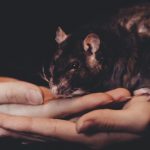