After the third Stoli and cranberry, Irene’s husband Burt takes out his fire plow. His friend Mike eggs him on. “This man,” says Mike, flinging an arm over Burt’s shoulder, “this man can make a fire anywhere.” Pause for appreciative noises. “He can rub two sticks together and make fire right here in the kitchen.”

Irene wonders whether Burt pays Mike to shill for him, or whether it’s just Mike doing a friend’s duty, the way her friends ask her to bring her “amazing” artichoke dip to parties.

Burt leads a group of partygoers, all men except one woman tottering in heels, out to the yard to look for tinder. Irene watches through the window, sipping her martini and enjoying the house’s party scent—the smell of hot cheese from the dip, of perfume and aftershave and alcohol, of flowers and bacon and brown-sugar cookies. Steely Dan plays on the satellite radio, and in the living room a woman’s laugh rattles glassware in the china cabinet. Their house always seems more of a home when they have people over.

Outside, the partygoers grab handfuls of dried grass and pine needles. As the woman bends down, Burt checks out her ass, the old goat, before looking back at the kitchen window. He makes a guilty grimace at Irene, though she doesn’t know why he bothers. They’ve been married forty years. She knows what she’s dealing with.

Burt leads his little troop back into the kitchen. They reclaim drinks and gather around as he settles on the floor, feet anchoring the longer, furrowed branch of the fire plow between his legs, the shorter stick in his fist, a metal bowl beside him to take the nest of tinder once it catches.

“I thought you rubbed a stick between your hands, like this,” the woman demonstrates, caressing her beer bottle between her palms, eyes half mast and mouth open as if she’s giving head. Her blond bleach job fools no one while her tight shirt reveals cleavage parched by years of tanning. Who the hell is she? One of the other old goats must have brought her.

Burt laughs, demonstrating how the stick moves in the fire plow’s channel. “This works too.” Snickers as everyone sees the fire plow’s split branch as a wooden pussy. “I rub my stick in here and get fire.” The woman laughs, a throaty, hard-living sound. Burt doesn’t shoot Irene the guilty look—he only does that when he thinks no one will see.

Back when they were in high school and Burt was an Eagle Scout, they’d take his old Mercury to the redwoods, camping up dirt roads while Irene told her parents she was spending the night at her best friend’s. She loved to watch Burt’s hands as he started the fire, rubbing the wood together, getting an ember, blowing on it, keeping it alive so tenderly. When the ball of tinder caught, he’d look up triumphantly, creating fire out of nothing, a miracle. It never occurred to her that he could have simply brought matches. That wasn’t Burt. It wasn’t her either. She’d wanted a fire god, not an ordinary practical boy.

She’d gotten him, outlasting the other girls he dated. She would have gotten him without the baby, but the baby sped things up. Their Jonah was the accelerant she’d brought to the relationship. Burt always claimed accelerant was cheating. “Anyone can light a fire with gasoline.”

Burt is working at the fire plow in earnest now, the men urging him on in a way that makes her stomach roil—a fire plow gang bang. She glides to the living room doorway, surveying the women sitting around the coffee table, wearing comfortable shoes and discussing recipes. That hurts her stomach too—she doesn’t want to belong in that boredom.

Back in the kitchen, a wisp of smoke emerges from the fire plow. Burt keeps scraping until the smoke rises in a steady stream, before he turns his tiny ember out into the loose ball of old stalks and dry twigs. Lifting the clump in two hands, he blows until the smoke thickens, thickens, until at last the first orange edges of flame appear.

It’s magic. It always is. He looks up, not at Irene, but at the bleached blond, who is gazing at him with an intimate smile. A smile too knowing for someone he’s just met today. Burt invited her, Irene realizes. She’s his latest.  Here in her house where he’s never dared bring a side piece before.

In Burt’s moment of distraction, the fire flares, leaping to his fuzzy white arm hair. He drops the burning tinder and rolls. The fire ball lands on the plow, flaming it up. As the crowd looks helplessly at the fire scorching the white linoleum, at Burt rolling to put himself out, the smoke alarm shrills. The fire blazes near the kitchen table’s cloth. Irene hopes it flames, hopes the whole house catches, burning everything including Burt and his floozy. The other woman is screaming, but Irene is silent, breathing in smoke and singed hair smells. As Mike yanks a sloshing water pitcher off the table and douses the fire, she closes her eyes, sighs.

“Just a flesh wound,” Burt jokes, brushing at his singed and pink-marked arms. He’s trying to spin it, as if he’s been heroic instead of a bumbler. The other woman may believe that shit, but Irene is well beyond that.

“I’ll get you a new floor,” Burt says to Irene, wearing his guilty look again. “We can remodel the whole kitchen.”

It’s their usual pattern. Burt strays and eventually gives her a makeup gift: the seascape painting, the gazebo, the antique china hutch. Her house is built out of his transgressions, but now he’s fouled it. The blond faking a blow job will haunt her kitchen.

She shakes her head, turning away. The smoke alarm keeps sounding a call that she refuses to answer anymore.

Biography
Ann Hillesland’s work has been published in many literary journals, including Fourth Genre, Sou’wester, Bayou, The Laurel Review, Corium, and SmokeLong Quarterly. It has been selected for the Wigleaf Top 50 Very Short Fictions, nominated for a Pushcart Prize, and presented onstage by Stories On Stage. She is a graduate of the MFA program at Queen’s University of Charlotte. Her website is at annhillesland.com. 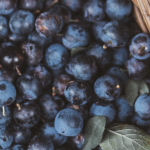 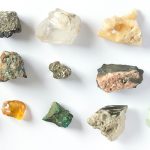 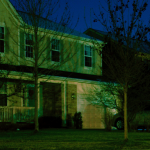 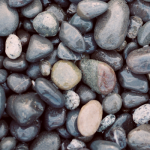