I can’t imagine Mom or Dad looking for me, either. My parents, though kind and patient, have always seemed like two glaciers, cool and drifting away, with hidden depths that I will never get to know.

I lean back against the wall, spread my legs on the floor, and straighten my dress between them. “It’s a nice dress, isn’t it?” I ask. The skirt is light and poofy, unlike anything I’d ever wear in real life, but if you can’t wear giant cotton candy on your wedding day, when can you?

“It really is,” says Beth. “You look beautiful today.” She sounds a bit more serious than the occasion calls for. I think she might’ve lost sight of the fact we have two bottles of expensive champagne with us, and that the bridal suite is locked and ours alone.

She smiles weakly. It doesn’t reach her eyes. “Everyone gets emotional at weddings.”

I squeeze her upper arm. “Look, if you’d rather be out there grinding against one of Luke’s frat bros, it’s totally OK. We don’t have to sit here.”

Beth grabs one of the bottles and scoots away from me, but not far. She leans back against the wall that shares a corner with mine. Our feet could touch but they don’t because she curls her legs close to her body.

“So it’s a no on going back to the party?” I say. “Darryl seemed very interested in you. I won’t be mad if you leave, honestly.”

“OK,” I say, and take a swig. We sit in silence, but her sulking is harshing my buzz. I didn’t quite think this is how our little getaway would go, but I can’t do anything about it now. I sip and take deep breaths. I thought we’d be gossiping about the guests and laughing, not steep in Beth’s out-of-nowhere existential crisis.

“Are you happy?” Beth asks after what seems like a very long time. I can’t tell if she’s unusually loud or if it’s just the ending of silence that feels deafening.

“Sure,” I say. I lift my bottle and inspect the contents. I’ve worked my way through about half of it.

She leans over and taps my thigh.

“None of that bullshit,” she says. “Are you really happy?”

“That doesn’t mean anything.”

“That sounds…weird and calculated.”

“I do, I think. As much as I’ve ever loved anyone.” That’s true. I don’t exactly burn hot on the passion front. Never have. Beth knows that.

She sighs and leans back, away from me. “Do you remember Ryan?”

“Your boyfriend from high school Ryan? Sure. Why?”

“Why did you sleep with him?”

I feel like the air has left my lungs. Her eyes are fixed on mine with dark intensity.

I lower my gaze. I am not sure I understand either, not fully. They were so in love, the two of them. Being around them felt alluring, but also suffocating, like I was trying to breathe underwater. Or on an alien planet.

“I did. Early on, when you first started dating.”

I know I should say something, but nothing’s coming out.

I should feel jealous, but I don’t. I’m surprised that Beth isn’t who I thought she was more than I care that Luke slept with her. Other than a faint ache in my gut, I can’t even say I feel hurt. I think something’s wrong with me. I think Beth knows it, too.

She’s quiet, focused on me, waiting.

I sigh and lean back against the wall. “I wanted to feel the warmth,” I say. “You and Ryan. I’d never felt something like that with anyone. You two seemed…part of something amazing.”

“I really hated you at the time. I don’t anymore.”

“He told me long after the fact. At the very end. As a parting gift.”

She chuckles and takes a sip. “Yup.”

Beth wouldn’t talk to me for months after the two of them had broken up. I thought she was reeling from the split. Apparently, she just didn’t want to see me.

She shrugs. “Maybe I’m the asshole.”

We sit in silence for a while.

Beth smiles. “Neither was Luke.”

We reach out and clink our bottles, then drink slowly until they’re both empty.

Biography: Maura Yzmore writes short fiction and long equations somewhere in the Midwest. Her literary flash has appeared in Bending Genres, Maudlin House, BULL, and elsewhere. She also writes dark speculative tales and is a member of the HWA. Find out more at maurayzmore or on Twitter @MauraYzmore. 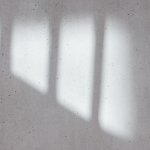 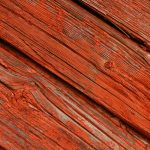 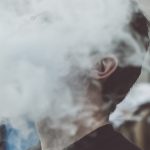 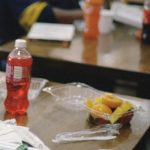