You drive through April colours to a sodden field near a forest on the border between Asturias and Galicia, and you put the tent up in the rain. Jay says there’s a village with a name he’s already too drunk to pronounce, and you walk half-an-hour to a bar with sawdust on the floor, a barmaid with a spider-web tattoo on her face, and a pair of locals – both called Juanjo – who are table-football experts with pockets full of drugs.

You’re all drinking gin-and-tonics in long, blue glasses. After each game, Juanjo-One chops out lines on the glass top of the football table while Matty skins up and Spider picks at the crusty scabs around the piercing in her nose.

You try all the different combinations to beat the Juanjos – who always play as a pair –  and even Spider joins in, but they always win. After each game, Juanjo-Two says, “Los Inglese…” with a shake of his head and everyone laughs like he’s Bill fucking Murray.

At midnight Spider turns the lights out and says, “nos vamos” so you all head outside. It’s stopped raining and at first you think it’ll be cool to walk, but Juanjo-One  and Juanjo-Two have a car, so you all squeeze in. You’re next to Spider, her fish-netted thigh pressing against your jeans, but soon enough the car’s in a ditch, front end first, and no-one’s hurt because Juanjo-One was driving at five miles-an-hour with his knees doing the steering because Spider thought it’d be cool.

You all get out. In the headlights’ beam the Junajos chop out the final lines on the still-warm sloping bonnet. They say they’re going to sleep in the car, and Junajo-two drapes his arm around Spider’s shoulder as they point the three of you in the vague direction of where they think your field might be.

You’re all waving as you leave, saying hasta manana although you know it’s not true.

Up the road and round the bend it’s darker than anyone has ever known. Jay can’t find the torch, so Matty says “Hold hands,” and you all laugh but it’s what you do. There’s a breeze which makes the hairs on your arms stand up and all you can hear is your footsteps, your breathing. When you look up at the sky there’s a thin moon and more stars than you’ve ever seen.

An hour later you know the field you’ve turned into is not the field you need to be in. Jay’s found his torch in the bottom of his rucksack but the batteries are dying. There’s so much mud and you’ve all fallen over so many times it’s not a joke anymore.

It starts to rain again, and then Matty puts his hand on your shoulder and says. “Oh shit.”

Maybe boars are nocturnal, or maybe this one has sleeping boar-cubs you’re about to stumble upon. Whatever the reason, it’s right there in front of you. In the weak beam of the torch its eyes are red.

When it charges, it passes so close to you that you smell its sourness. It goes straight for Jay, who’s holding the torch, and you see, briefly, its hair like huge pine-needles.

You don’t see its tusks, but you hear Jay scream.

The torch has gone. It’s so dark you can’t see your feet. You fall face-down in the mud and there’s a moaning sound, which at first you think must be the boar, but you know the boar’s gone and the sound you’re hearing is pain.

There’s Matty and Jay and you, all lying in the mud in the dark in the field. You pull yourself over to where the sound is coming from and there’s a lot of what you think is blood, although you can’t tell the difference between all the slick wetnesses.

Jay is holding his stomach, crying.

It never occurs to you that he might die. You think you’ll find the road. You tell Matty to stay with him. You think it will be easy.

But the rain doesn’t stop, and it’s the middle of the night. After twenty minutes walking around in fields shouting ayuda you slip and sprain your ankle. Somewhere there is a boar, but you don’t think about that. There is no road. There is only the mud and the pain and the wet Spanish night. It still feels a long way before dawn, and there’s nothing else to do but sit down on a rock and wait for the light.

When the car you flag down gets you to the field, Jay is already dead. The road is only fifty yards away from where the boar attacked, but not in the direction you walked last night. Matty is standing over Jay, crying, screaming, covered in mud and soaked to the skin. The woman who picked you up is standing five yards away. She is shaking, waving a hand repeatedly in front of her face, as if she’s trying to swat away a fly. You have to turn away from her, but you have to turn away from Matty too, because when you say his name, when you try to go to him, he starts to howl.

You look down at Jay. His face has mud and rain on it and his eyes are open. You wonder why Matty hasn’t closed them, but then you find you can’t bring yourself to touch him either. Instead, you close your own eyes and you think about how somewhere unimaginable there’s another field, a tent with a hole in the roof and a car with a hole in the floor.

Biography
Jason Jackson writes fiction. In 2018 Jason has won the Writers Bureau competition, come second in the Exeter Short Story competition and had work short-listed at the Leicester Writes, Bath Flash and Frome competitions His work has also appeared this year at New Flash Fiction Review, Craft and Fictive Dream. In 2017 he was nominated for the Pushcart Prize. Jason regularly tweets @jj_fiction. 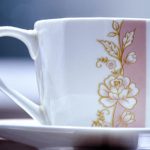 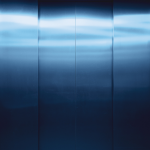 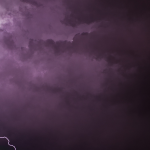 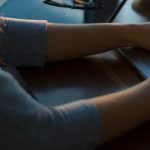