John is woken by the cat on his chest, doing that weird stepping, kneading, clawing trance cats do when they’re tremendously content. Pinning John in place, dribbling reverently. Purring mysterious feline pleasure all over his torso. Settling its tapered body like a lion in Trafalgar Square, tucking its paws under all neat, pushing its nose to John’s nose, forgetting itself and worshipping him.

“My God, that cat has a hard-on for you, John.” It is Lucille, his wife. Looking especially radiant today. “And I’m not surprised,” she says. She pushes the cat aside and kisses him. He can’t move.

On the tube, a passenger looks up from their phone and smiles at John, really looks deeply into his eyes. He smiles back, a little taken aback but the connection feels natural. Then another passenger turns to smile at him and one more, one puts their book down and glows happily in his direction, “I really like your shirt, mate.” John feels serenity spreading through the carriage as more and more people gaze at him.

His phone rings on his way to the office. He doesn’t recognise the voice yet the speaker is familiar. “It’s me. Sports Direct? Saturday job back when we were teenagers? You asked me out that time and I said no?” Alice. His first crush. His first heartbreak. Gorgeous. “Biggest mistake of my life, John. I think about it all the time, you know. I think about you, John. We could have been the Posh and Becks of sports retail…”

At the office, John’s boss corners him. “I’ve never met anyone as dedicated as you, John. So efficient and always thinking of others.”

Sushma leans against the photocopier, “You taught me about the bypass tray. I’ll always be grateful.”

Marlon joins them, “You’re the face of roller doors, John.”

John walks to the party, it’s close to the office and his colleagues accompany him. They walk behind him. He hears them talking. “Do you remember when John… I’ll never forget when John… John’s a legend. Good old John. Three cheers to John!”

Lucille’s in the doorway, wearing white, ‘of the light’ like the meaning of her name. Why does she look so radiant? She takes his hand, “Darling.” She leads him into the room, it’s so dim and they all gather round him. It’s hard to see anything but their flickering grins like candles. A chorus of adoration. Is that his mother whispering, “He was so easy to toilet train”?

“Drink, John,” they say and he is handed a glass of something deep crimson. “Drink,” the word a musical note. “You deserve it, John.” They speak, they breathe, they lower John down together. “Relax,” they chant.

John feels velvet, finds his body fitted into something hard and tapered. “It’s time to rest, John,” they coo as the darkness of the lid descends. They hammer each nail in time as they roar their adulations over the purring flames of the furnace.

Biography
Liz Churchill lives in Birmingham, UK. She has words in or upcoming with Ellipsis Zine, Janus Literary, STORGY and ‘Unmute’ – a Comma Press Ebook anthology. She was long-longlisted for the Brick Lane Bookshop Short Story Prize 2020. You can find her on Twitter: @LillabetRose 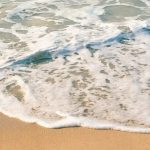 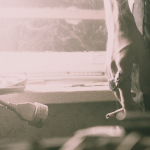 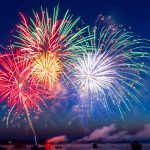 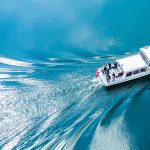